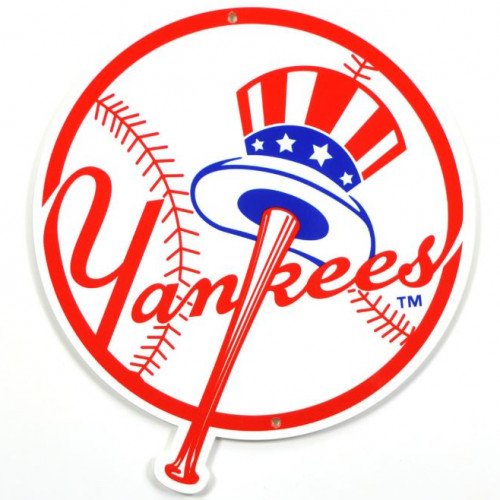 The New York Yankees are an American professional baseball team based in the New York City borough of the Bronx. They compete in Major League Baseball (MLB) as a member club of the American League (AL) East division. They are one of two major league clubs based in New York City, the other being the National League's (NL) New York Mets. The Yankees began play in the 1901 season as the Baltimore Orioles (no relation to the modern Baltimore Orioles). In 1903, Frank Farrell and Bill Devery purchased the franchise after it ceased operations and moved it to New York City, renaming the club the New York Highlanders. The Highlanders were officially renamed the New York Yankees in 1913.The team is owned by Yankee Global Enterprises, an LLC that is controlled by the family of the late George Steinbrenner, who purchased the team in 1973. Brian Cashman is the team's general manager, and Aaron Boone is the team's field manager. The team's home games were played at the original Yankee Stadium from 1923 to 1973 and from 1976 to 2008. In 1974 and 1975, the Yankees shared Shea Stadium with the Mets, in addition to the New York Jets and the New York Giants. In 2009, they moved into a new ballpark of the same name that was constructed adjacent to the previous facility, which was closed and demolished. The team is perennially among the leaders in MLB attendance. Arguably the most successful professional sports team in the United States, the Yankees have won 19 American League East Division titles, 40 American League pennants, and 27 World Series championships, all of which are MLB records. The team has won more titles than any other franchise in the four major North American sports leagues - after briefly trailing the NHL's Montreal Canadiens by one or two titles in the 1990s. Forty-four Yankees players and 11 Yankees managers have been inducted into the National Baseball Hall of Fame, including Babe Ruth, Lou Gehrig, Joe DiMaggio, Mickey Mantle, Yogi Berra, Whitey Ford, Mariano Rivera, and Derek Jeter, with Rivera and Jeter having the two highest vote percentages of all Hall of Fame members. According to Forbes, the Yankees are the second-highest valued sports franchise in the United States and the second in the world, with an estimated value of approximately $5 billion. The team has garnered enormous popularity and a dedicated fanbase, as well as widespread enmity from fans of other MLB teams. The team's rivalry with the Boston Red Sox is one of the most well-known rivalries in North American sports. From 1903 to 2020, the Yankees' overall win-loss record is 10,411–7,867 (a .570 winning percentage). 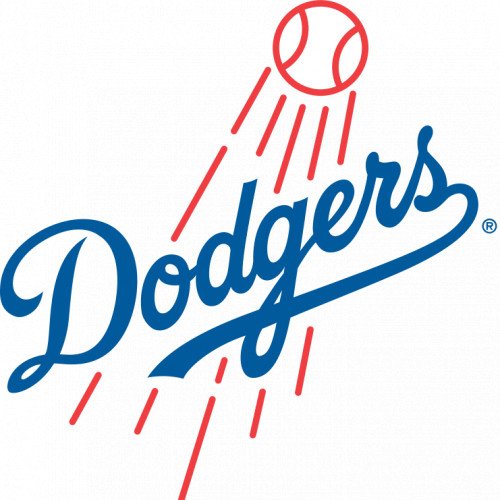 The Los Angeles Dodgers are an American professional baseball team based in Los Angeles, California. The Dodgers compete in Major League Baseball (MLB) as a member club of the National League (NL) West division. Established in 1883 in the city of Brooklyn, which later became a borough of New York City, the team joined the NL in 1890 as the Brooklyn Bridegrooms and assumed several different monikers thereafter before finally settling on the name Dodgers in 1932. From the 1940s through the mid-1950s, the Dodgers developed a fierce cross-town rivalry with the New York Yankees as the two clubs faced each other in the World Series seven times, with the Dodgers losing the first five matchups before defeating them to win the franchise's first title in 1955. It was also during this period that the Dodgers made history by breaking the baseball color line in 1947 with the debut of Jackie Robinson, the first African-American to ever play in the Major Leagues. Another major milestone was reached in 1956 when Don Newcombe became the first player ever to win both the Cy Young Award and the NL MVP in the same season.After 68 seasons in Brooklyn, Dodgers owner and president Walter O'Malley relocated the franchise to Los Angeles before the 1958 season. The team played their first four seasons at the Los Angeles Memorial Coliseum before moving to their current home of Dodger Stadium in 1962. The Dodgers found immediate success in Los Angeles by winning the 1959 World Series, representing the franchise's first championship since moving to Los Angeles. Success continued into the 1960s with their one-two punch ace pitchers Sandy Koufax and Don Drysdale being the cornerstones of two more titles in 1963 and 1965. During the 1980s, Mexican phenom pitcher Fernando Valenzuela quickly became a sensation—affectionately referred to as “Fernandomania”—when he led the team as a rookie to another championship in 1981. Valenzuela became the first and, to date, the only player to ever win the Cy Young and Rookie of the Year awards in the same season. The Dodgers were once again victorious in 1988, upsetting their heavily favored opponent in each series and becoming the first and only franchise to win multiple titles in the 80s. After a 32-year drought, which included 12 postseason appearances in a 17-year span and eight consecutive division titles from 2013 to 2020, the Dodgers won the 2020 World Series.One of the most successful and storied franchises in MLB, the Dodgers have won seven World Series championships and a record 24 National League pennants. Eleven NL MVP award winners have played for the Dodgers, winning a total of 14. Eight Cy Young Award winners have pitched for the club, winning a total of 12—by far the most of any Major League franchise. Additionally, the Dodgers boast 18 Rookie of the Year Award winners, twice as many as the next club. This includes four consecutive Rookies of the Year from 1979 to 1982 and five consecutive from 1992 to 1996. Today, the Dodgers are among the most popular MLB teams, enjoying large fan support both at home and on the road. They maintain a fierce rivalry with the San Francisco Giants dating back to when the two clubs were based in New York City. As of 2020, Forbes ranks the Dodgers second in MLB franchise valuation at $3.4 billion.