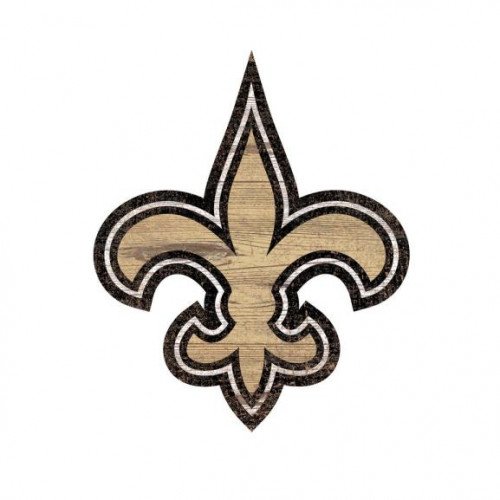 The New Orleans Saints are a professional American football team based in New Orleans. The Saints compete in the National Football League (NFL) as a member of the league's National Football Conference (NFC) South division. Since 1975, the team plays its home games at Mercedes-Benz Superdome (formerly the Louisiana Superdome) after utilizing Tulane Stadium during its first eight seasons. Founded by John W. Mecom Jr., David Dixon, and the city of New Orleans on November 1, 1966, the Saints joined the NFL as an expansion team in 1967. They are named after the jazz music heritage of New Orleans and the spiritual hymn "When the Saints Go Marching In". The Saints were among the NFL's least successful franchises in their first several decades, where they went 20 consecutive seasons without a winning record or qualifying for the playoffs. They earned their first winning record and postseason berth in 1987, while their first playoff win would not occur until 2000, their 34th season. The team's fortunes improved amid the 21st century, which saw them become more consistent postseason contenders. Their greatest success was during the 2009 season when they won the franchise's first Super Bowl title in Super Bowl XLIV, also their championship debut. The Saints are one of two NFL franchises to win their sole Super Bowl appearance, along with the New York Jets, and the most recent to do so. 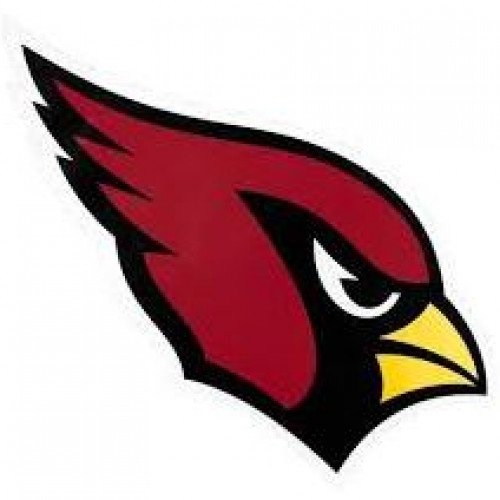 The Arizona Cardinals are a professional American football team based in the Phoenix metropolitan area. The Cardinals compete in the National Football League (NFL) as a member club of the National Football Conference (NFC) West division. The team was founded as the Morgan Athletic Club in 1898, and is the oldest continuously run professional football team in the United States. The Cardinals play their home games at State Farm Stadium, which opened in 2006 and is located in the northwestern suburb of Glendale. The team was established in Chicago in 1898 as an amateur football team and joined the NFL as a charter member on September 17, 1920. Along with the Chicago Bears, the club is one of two NFL charter member franchises still in operation since the league's founding (the Green Bay Packers were an independent team until they joined the NFL a year after its creation in 1921). The club then moved to St. Louis in 1960 and played in that city through 1987 (sometimes referred to locally in St. Louis as the "Football Cardinals", the "Gridbirds" or the "Big Red" to avoid confusion with the Major League Baseball team of the same name). Before the 1988 season, the team moved west to Tempe, Arizona, a college suburb east of Phoenix, and played their home games for the next 18 seasons at Sun Devil Stadium on the campus of Arizona State University. In 2006, the club moved to their current home field in Glendale, although the team's executive offices and training facility remain in Tempe. The franchise has won two NFL championships, both while it was based in Chicago. The first occurred in 1925, but is the subject of controversy, with supporters of the Pottsville Maroons believing that Pottsville should have won the title. Their second title, and the first to be won in a championship game, came in 1947, nearly two decades before the first Super Bowl. They returned to the title game to defend in 1948, but lost the rematch 7–0 in a snowstorm in Philadelphia. Since winning the championship in 1947, the team suffered many losing seasons, and currently holds the longest active championship drought of North American sports at 72 consecutive seasons. In 2012 the Cardinals became the first NFL franchise to lose 700 games since its inception. The franchise's all-time win-loss record (including regular season and playoff games) at the conclusion of the 2020 season is 573–780–41 (566–771–41 in the regular season, 7–9 in the playoffs). They have been to the playoffs ten times and have won seven playoff games, three of which were victories during their run in the 2008–09 NFL playoffs. During that season, they won their only NFC Championship Game since the 1970 AFL–NFL merger, and reached Super Bowl XLIII (losing 27–23 to the Pittsburgh Steelers). The team has also won five division titles (1974, 1975, 2008, 2009 and 2015) since their 1947–48 NFL championship game appearances. The Cardinals are the only NFL team who have never lost a playoff game at home, with a 5–0 record: the 1947 NFL Championship Game, two postseason victories during the aforementioned 2008–09 NFL playoffs, one during the 2009–10 playoffs, and one during the 2015–16 playoffs. From 1988 to 2012 (except 2005, when they trained in Prescott), the Cardinals conducted their annual summer training camp at Northern Arizona University in Flagstaff. The Cardinals moved their training camp to State Farm Stadium (then known as University of Phoenix Stadium) in 2013. The stadium was the site of the 2015 Pro Bowl, unlike in past years, where it was held at Aloha Stadium in Honolulu, Hawaii. The stadium also played host to Super Bowls XLII and XLIX, and will host Super Bowl LVII in 2023.