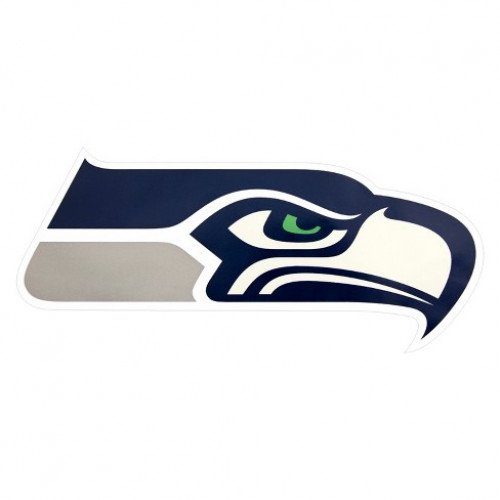 The Seattle Seahawks are a professional American football team based in Seattle. The Seahawks compete in the National Football League (NFL) as a member club of the league's National Football Conference (NFC) West division. The Seahawks joined the NFL in 1976 as an expansion team. They have played their home games at Lumen Field (formerly CenturyLink Field) in Seattle's SoDo neighborhood since 2002. They previously played home games in the Kingdome (1976–1999) and Husky Stadium (1994, 2000–2001). They are coached by Pete Carroll. Seahawks fans have been referred to collectively as the "12th Man", "12th Fan", or "12s". The team's fans have twice set the Guinness World Record for the loudest crowd noise at a sporting event, first registering 136.6 decibels during a game against the San Francisco 49ers in September 2013, and later during a Monday Night Football game against the New Orleans Saints a few months later, with a then record-setting 137.6 dB. The Seahawks are the only NFL franchise based in the Pacific Northwest region of North America, and thus attract support from a wide geographical area, including some parts of Oregon, Montana, Idaho, and Alaska, as well as Canadian fans in British Columbia, Alberta and Saskatchewan.Steve Largent, Cortez Kennedy, Walter Jones, and Kenny Easley have been voted into the Pro Football Hall of Fame primarily or wholly for their accomplishments as Seahawks. In addition to them, Dave Brown, Jacob Green, Dave Krieg, Curt Warner, and Jim Zorn have been inducted into the Seahawks Ring of Honor along with Pete Gross (radio announcer), Paul Allen (owner) and Chuck Knox (head coach). The Seahawks have won 10 division titles and three conference championships, and are the only team to have played in both the AFC and NFC Championship Games. They have appeared in three Super Bowls: losing 21–10 to the Pittsburgh Steelers in Super Bowl XL, defeating the Denver Broncos 43–8 for their first championship in Super Bowl XLVIII, and losing 28–24 to the New England Patriots in Super Bowl XLIX. 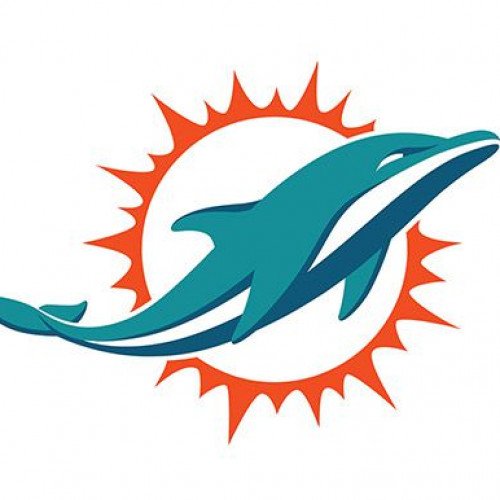 The Miami Dolphins are a professional American football team based in the Miami metropolitan area. They compete in the National Football League (NFL) as a member team of the league's American Football Conference (AFC) East division. The team plays its home games at Hard Rock Stadium, located in the northern suburb of Miami Gardens, Florida. The Dolphins are the oldest professional sports team in Florida. Of the four AFC East teams, the Dolphins are the only team in the division that was not a charter member of the American Football League (AFL). The Dolphins were founded by attorney-politician Joe Robbie and actor-comedian Danny Thomas. They began play in the AFL in 1966. The region had not had a professional football team since the days of the Miami Seahawks, who played in the All-America Football Conference in 1946, before becoming the first incarnation of the Baltimore Colts. For the first few years, the Dolphins' full-time training camp and practice facilities were at Saint Andrew's School, a private boys boarding prep school in Boca Raton. Miami joined the NFL as a result of the 1970 AFL–NFL merger. The team played in its first Super Bowl in Super Bowl VI, losing to the Dallas Cowboys, 24–3. The following year, the Dolphins completed the NFL's only perfect season, culminating in a Super Bowl win, winning all 14 of their regular-season games, and all three of their playoff games, including Super Bowl VII. They were the third NFL team to accomplish a perfect regular season. The next year, the Dolphins won Super Bowl VIII, becoming the first team to appear in three consecutive Super Bowls, and the second team (the first AFL/AFC team) to win back-to-back championships. Miami also appeared in Super Bowl XVII and Super Bowl XIX, losing both games. For most of their early history, the Dolphins were coached by Don Shula, the most successful head coach in professional football history in terms of total games won. Under Shula, the Dolphins posted losing records in only two of his 26 seasons as the head coach. During the period spanning 1983 to the end of 1999, quarterback Dan Marino became one of the most prolific passers in NFL history, breaking numerous league passing records. Marino led the Dolphins to five division titles, 10 playoff appearances, and an appearance in Super Bowl XIX before retiring following the 1999 season. In 2008, the Dolphins became the first team in NFL history to win their division and make a playoff appearance following a league-worst 1–15 season. That same season, the Dolphins upset the New England Patriots on the road during Week 3 thanks to the use of the gimmick Wildcat offense, which handed the Patriots their first regular-season loss since December 10, 2006, in which coincidentally, they were also beaten by the Dolphins. To date, 2008 is also the last season the Dolphins won both 11 games in a season and the AFC East, and was the last season until 2020 that a team other than the Patriots won the division.