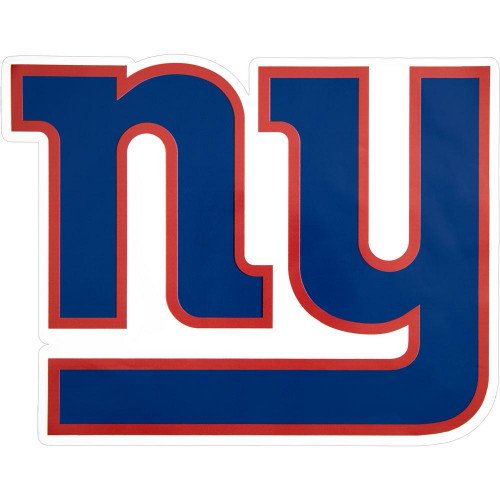 The New York Giants are a professional American football team based in the New York metropolitan area. The Giants compete in the National Football League (NFL) as a member club of the league's National Football Conference (NFC) East division. The team plays its home games at MetLife Stadium (shared with the New York Jets) in East Rutherford, New Jersey, 5 miles west of New York City. The Giants hold their summer training camp at the Quest Diagnostics Training Center at the Meadowlands Sports Complex.The Giants were one of five teams that joined the NFL in 1925, and are the only one of that group still existing, as well as the league's longest-established team in the Northeastern United States. The team ranks third among all NFL franchises with eight NFL championship titles: four in the pre–Super Bowl era (1927, 1934, 1938, 1956) and four since the advent of the Super Bowl (XXI (1986), XXV (1990), XLII (2007), and XLVI (2011)), along with more championship appearances than any other team, with 19 overall appearances. Their championship tally is surpassed only by the Green Bay Packers (13) and the Chicago Bears (9). Throughout their history, the Giants have featured 29 Hall of Fame players, including NFL Most Valuable Player (MVP) award winners Mel Hein, Frank Gifford, Y. A. Tittle, and Lawrence Taylor. To distinguish themselves from the professional baseball team of the same name, the football team was incorporated as the "New York National League Football Company, Inc." in 1929 and changed to "New York Football Giants, Inc." in 1937. While the baseball team moved to San Francisco after the 1957 season, the football team continues to use "New York Football Giants, Inc." as its legal corporate name, and is often referred to by fans and sportscasters as the "New York Football Giants". The team has also acquired several nicknames, including "Big Blue", the "G-Men", and the "Jints", an intentionally mangled contraction seen frequently in the New York Post and New York Daily News, originating from the baseball team when they were based in New York. In addition, the team as a whole is occasionally referred to as the "Big Blue Wrecking Crew", even though this moniker primarily and originally refers to the Giants defensive unit during the 1980s and early-1990s (and before that to the Los Angeles Dodgers baseball teams of the late-1970s and early-1980s).The team's heated rivalry with the Philadelphia Eagles is the oldest of the NFC East rivalries, dating all the way back to 1933, and has been called the best rivalry in the NFL in the 21st century. 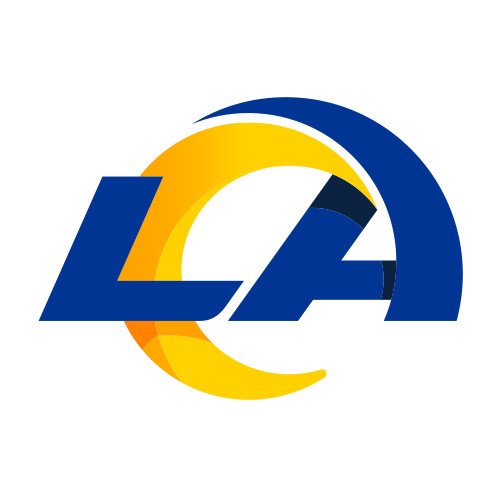 The Los Angeles Rams are a professional American football team based in the Los Angeles metropolitan area. The Rams compete in the National Football League (NFL) as a member of the National Football Conference (NFC) West division. The Rams play their home games at SoFi Stadium in Inglewood, which they share with the Los Angeles Chargers. The franchise began in 1936 as the Cleveland Rams, based in Cleveland, Ohio. The club was owned by Homer Marshman and featured players such as William "Bud" Cooper, Harry "The Horse" Mattos, Stan Pincura, and Mike Sebastian. Damon "Buzz" Wetzel joined as general manager. The franchise relocated to Los Angeles in 1946 following the 1945 NFL Championship Game victory, making way for Paul Brown's Cleveland Browns of the All-America Football Conference and becoming the only NFL championship team to play the following season in another city. The club played their home games at the Los Angeles Memorial Coliseum before moving into a reconstructed Anaheim Stadium in Orange County, California in 1980. The Rams appeared in Super Bowl XIV, following the 1979 NFL season (their first Super Bowl appearance in franchise history), where they lost to the Pittsburgh Steelers 31–19. The Rams left southern California and moved to St. Louis, Missouri, following the 1994 NFL season. Five seasons after relocating, the team won Super Bowl XXXIV in a 23–16 victory over the Tennessee Titans. The club then played in Super Bowl XXXVI, where they lost 20–17 to the New England Patriots. The Rams played in St. Louis until the end of the 2015 NFL season, when they filed notice with the NFL of their intent to relocate back to Los Angeles. The club's request to move was approved at an owners' meeting in January 2016, and the Rams returned to the city for the 2016 NFL season. The Rams appeared in Super Bowl LIII, where they lost to the New England Patriots 13–3 in a rematch of Super Bowl XXXVI.The club has won three NFL championships, and is the only NFL franchise to win championships representing three cities (Cleveland in 1945, Los Angeles in 1951, and St. Louis in 1999).