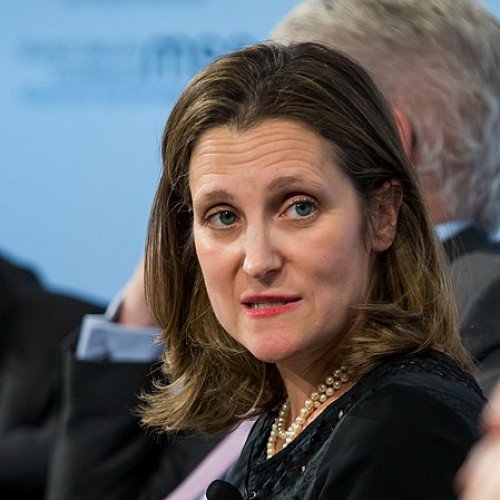 Christina Alexandra Freeland (born August 2, 1968) is a Canadian journalist and politician who has served since 2019 as the tenth deputy prime minister of Canada and as the minister of finance since 2020. Freeland has held a number of portfolios over her tenure in government including minister of intergovernmental affairs, minister of foreign affairs, and minister of international trade. A member of the Liberal Party, Freeland represents the Toronto riding of University—Rosedale in the House of Commons. She is the first woman to hold the finance portfolio.Freeland began her career in journalism working in a variety of editorial positions at the Financial Times, The Globe and Mail and Reuters, becoming managing director of the latter. She was elected to the House of Commons in 2013 and following the 2015 election was appointed to the Cabinet by newly elected prime minister Justin Trudeau. Freeland has emerged as the most influential Cabinet minister of Trudeau's premiership. After the 2015 federal election, she was appointed as minister of international trade. She was then promoted to minister of foreign affairs in 2017, due to her instrumental role in successfully negotiating the Comprehensive Economic and Trade Agreement (CETA) with the European Union, and the Canada-United States-Mexico Agreement. She assumed her current role as deputy prime minister in 2019, also taking on the intergovernmental affairs portfolio until 2020, when she was made finance minister. Following her appointment as deputy prime minister and minister of finance, political commentators (notably from Macleans, The Wall Street Journal, Politico, and The Atlantic) have given Freeland the informal title of "Minister of Everything".Freeland is the author of Sale of the Century, a 2000 book about Russia's journey from Communist state rule to capitalism, and Plutocrats: The Rise of the New Global Super-Rich and the Fall of Everyone Else in 2012. Plutocrats was the winner of the 2013 Lionel Gelber Prize for non-fiction reporting on foreign affairs. It also won the 2013 National Business Book Award for the most outstanding Canadian business-related book. 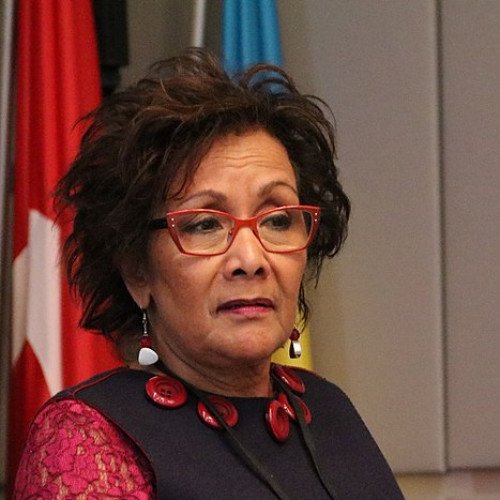 Hedy Madeleine Fry, (born August 6, 1941) is a Trinidadian-Canadian politician and physician who is currently the longest-serving female Member of Parliament, winning nine consecutive elections in the constituency of Vancouver Centre including the 1993 election, when she defeated incumbent Prime Minister Kim Campbell.