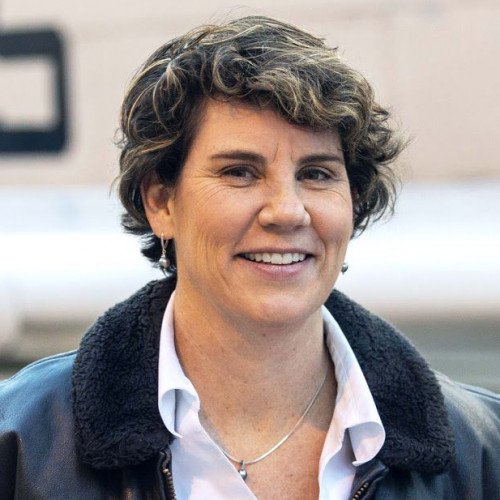 Amy Melinda McGrath (born June 3, 1975) is an American politician, former Marine fighter pilot, and candidate for the United States Senate from Kentucky. McGrath was the first woman to fly a combat mission for the Marine Corps, as well as the first to pilot the F/A-18 on a combat mission. During her 20 years of service in the Marine Corps, McGrath flew 89 combat missions against al-Qaeda and the Taliban. Toward the end of her service, McGrath worked domestically as a political adviser, a liaison officer, and an instructor at the United States Naval Academy. Following her retirement from military service in 2017, McGrath entered politics. She was the Democratic nominee for Kentucky's 6th congressional district in the 2018 election, losing to incumbent Republican Andy Barr by a margin of 51% to 47.8%. In July 2019, she announced her campaign for the United States Senate in the 2020 election, challenging incumbent Mitch McConnell. In a close primary, McGrath defeated state representative Charles Booker to gain the nomination of the Democratic Party. 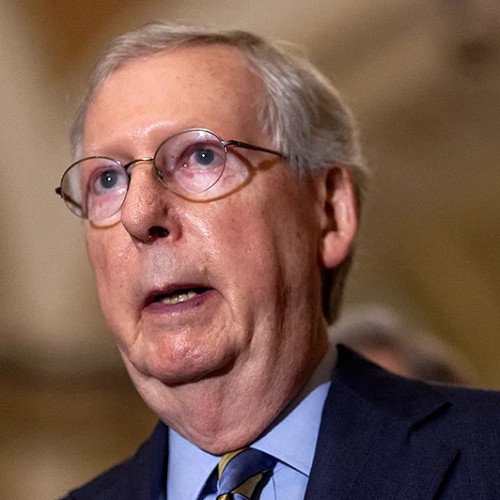 Addison Mitchell McConnell Jr. (born February 20, 1942) is an American politician serving as Kentucky's senior United States senator and as Senate majority leader. McConnell is the second Kentuckian to serve as a party leader in the Senate, the longest-serving U.S. senator for Kentucky in history, and the longest-serving leader of U.S. Senate Republicans in history. McConnell was first elected to the Senate in 1984. During the 1998 and 2000 election cycles, he was chairman of the National Republican Senatorial Committee. McConnell was elected as Majority Whip in the 108th Congress and was re-elected to the post in 2004. In November 2006, he was elected Senate minority leader; he held that post until 2015, when Republicans took control of the Senate and he became Senate majority leader. McConnell is currently running for election to his seventh term in the Senate against challenger Amy McGrath. McConnell holds conservative political positions, although he was known as a pragmatist and a moderate Republican early in his political career. He led opposition to stricter campaign finance laws, culminating in the Supreme Court ruling Citizens United v. FEC that partially overturned the Bipartisan Campaign Reform Act (McCain-Feingold) in 2010. McConnell is known as an obstructionist, having worked to withhold Republican support for major presidential initiatives during the Obama administration, and having made frequent use of the filibuster, and blocked many of President Obama's judicial nominees, including Supreme Court nominee Merrick Garland. During the Trump administration, Senate Republicans, under McConnell's leadership, broke records on the number of judicial nominees confirmed; among those nominees were Neil Gorsuch, Brett Kavanaugh and Amy Coney Barrett who were confirmed to the Supreme Court.