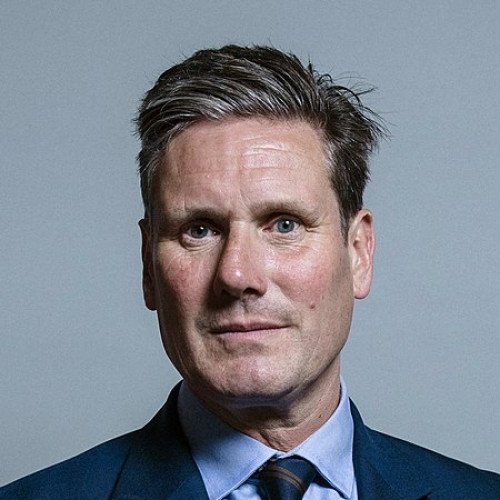 Sir Keir Rodney Starmer (born 2 September 1962) is a British politician and former lawyer who has served as Leader of the Labour Party and Leader of the Opposition since 2020. He has been Member of Parliament (MP) for Holborn and St Pancras since 2015. Ideologically, Starmer identifies as a socialist and has been described as being on the soft left within the Labour Party. Starmer was born in London and raised in Surrey, where he attended the selective state Reigate Grammar School, which became an independent school while he was a student. He graduated with a Bachelor of Laws from the University of Leeds in 1985 and a postgraduate Bachelor of Civil Law from St Edmund Hall at the University of Oxford in 1986. After qualifying for the bar, Starmer acted exclusively as a defence lawyer, specialising in human rights issues, before being appointed as a Queen's Counsel (QC) in 2002. In 2008, he became Director of Public Prosecutions (DPP) and Head of the Crown Prosecution Service (CPS), holding these roles until 2013. For his role as Director of Public Prosecutions, he was appointed Knight Commander of the Order of the Bath (KCB) in the 2014 New Year Honours. Elected to the House of Commons in the 2015 general election, Starmer became Shadow Immigration Minister in 2015 before being appointed to the Shadow Cabinet in October 2016 as Shadow Secretary of State for Exiting the European Union after Britain voted to leave the European Union. Starmer was a vocal advocate for a second referendum on Brexit, saying he would have voted to remain. After Labour's defeat in the 2019 general election, Starmer was elected to succeed Jeremy Corbyn as Labour leader in April 2020. 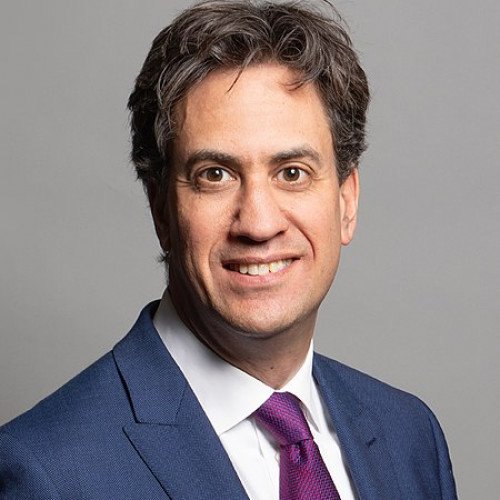 Edward Samuel Miliband (born 24 December 1969) is a British politician serving as Shadow Secretary of State for Business, Energy and Industrial Strategy since 2020, and has served as Member of Parliament (MP) for Doncaster North since 2005. He was previously Leader of the Labour Party and the Leader of the Opposition between 2010 and 2015, resigning after Labour's defeat at the 2015 general election. Alongside his brother, Foreign Secretary David Miliband, he served in the Cabinet from 2007 to 2010 under Prime Minister Gordon Brown. Miliband was born in the Fitzrovia district of Central London to Polish Jewish immigrants Marion Kozak and Ralph Miliband, a Marxist intellectual and native of Brussels who fled Belgium during World War II. He graduated from Corpus Christi College, Oxford and later from the London School of Economics. Miliband became first a television journalist, then a Labour Party researcher and a visiting scholar at Harvard University, before rising to become one of Chancellor Gordon Brown's confidants and Chairman of HM Treasury's Council of Economic Advisers. Miliband was elected to the House of Commons in 2005. Prime Minister Tony Blair made Miliband Parliamentary Secretary to the Cabinet Office in May 2006. When Gordon Brown became Prime Minister in 2007, he appointed Miliband Minister for the Cabinet Office and Chancellor of the Duchy of Lancaster. Miliband was subsequently promoted to the new post of Secretary of State for Energy and Climate Change, a position he held from 2008 to 2010. After the Labour Party was defeated at the 2010 general election, Brown resigned as Leader of the Labour Party; in September 2010, Miliband was elected to replace him. His tenure as Labour leader was characterised by a leftward shift in his party's policies under the "One Nation Labour" branding, and by opposition to the Conservative–Liberal Democrat coalition government's cuts to the public sector. He led his party into several elections, including the 2014 European Parliament election. Following Labour's defeat by the Conservative Party at the 2015 general election, Miliband announced his resignation as leader on 8 May 2015. He was succeeded after a leadership election by Jeremy Corbyn. On 6 April 2020, new Labour leader Keir Starmer appointed Miliband Shadow Secretary of State for Business, Energy and Industrial Strategy, succeeding Rebecca Long-Bailey.