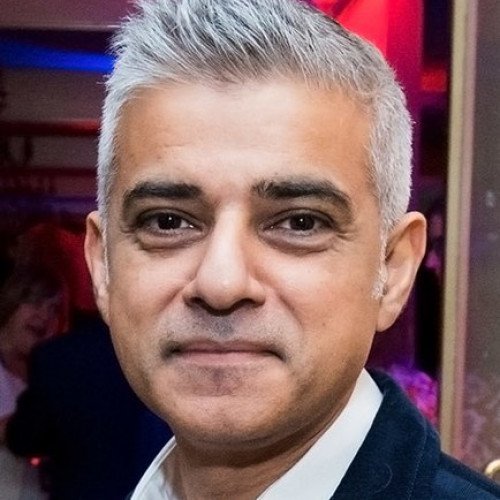 Sadiq Aman Khan (; born 8 October 1970) is a British politician serving as Mayor of London since 2016. He previously was Member of Parliament (MP) for Tooting from 2005 until 2016. A member of the Labour Party, Khan is on the party's soft left and has been ideologically characterised as a social democrat. Born in Tooting, South London, to a working-class British Pakistani family with roots in modern Uttar Pradesh, India, Khan earned a law degree from the University of North London. He subsequently worked as a solicitor specialising in human rights issues and chaired the Liberty advocacy group for three years. Joining the Labour Party, Khan was a Councillor for the London Borough of Wandsworth from 1994 to 2006 before being elected MP for Tooting at the 2005 general election. Under Prime Minister Gordon Brown, Khan was appointed Minister of State for Communities in 2008, later becoming Minister of State for Transport. A key ally of the next Labour leader, Ed Miliband, he served in Miliband's Shadow Cabinet as Shadow Secretary of State for Justice, Shadow Lord Chancellor and Shadow Minister for London. As the London Labour candidate, Khan was elected Mayor of London at the 2016 mayoral election, defeating London Conservatives rival Zac Goldsmith and then resigning as an MP. In office, he froze some Transport for London (TfL) fares until he offered HM Government a 1% above-inflation fare rise in return for a £1.6bn bailout for TfL amid the COVID-19 pandemic, introduced the Hopper fare for unlimited bus and tram journeys for an hour, the Toxicity Charge (T-Charge) on older and more polluting vehicles, and the 24/7 Ultra Low Emission Zone (ULEZ) fee on all but the cleanest vehicles in Central London, and backed expansion at London City Airport and Gatwick Airport. He was a vocal supporter of the unsuccessful Britain Stronger in Europe and People's Vote campaigns for the UK to remain in the European Union and a second referendum on Brexit, respectively. As well as having a strained relationship with former Labour leader Jeremy Corbyn, whose socialist platform Khan thought unelectable, he attracted international attention for his Twitter arguments with United States President Donald Trump. Khan claims "the reason I was singled out was not because of any other reason than my faith."He has been included in the Time 100 list of most influential people in the world. Khan has been praised for promoting mutual tolerance among London's varied communities, making transport more accessible, and reducing the number of polluting vehicles in Central London; however, he has been criticised for the rise of knife crime and his response to crime in London. 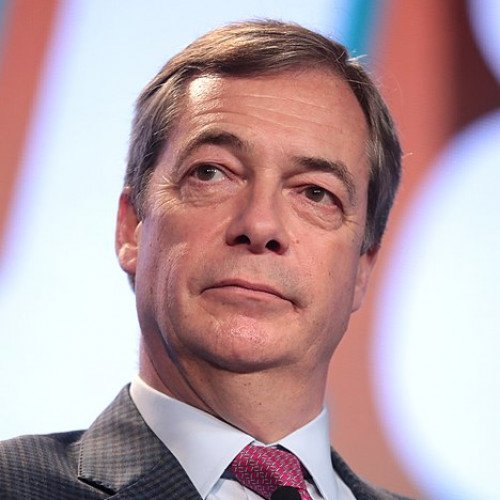 Nigel Paul Farage (; born 3 April 1964) is a British politician, activist, political commentator and broadcaster serving as leader of the Brexit Party since 2019. He was leader of the UK Independence Party (UKIP) from 2006 to 2009 and 2010 to 2016 and served as Member of the European Parliament (MEP) for South East England from 1999 until the United Kingdom's exit from the EU in 2020. He was the host of The Nigel Farage Show, a radio phone-in on the Global-owned talk radio station LBC, from 2017 to 2020.Known as a prominent Eurosceptic in the UK since the early 1990s, Farage campaigned for the United Kingdom's withdrawal from the European Union. Farage was a founding member of UKIP, having left the Conservative Party in 1992 after the signing of the Maastricht Treaty, which furthered European integration and founded the European Union. After campaigning unsuccessfully in European and Westminster parliamentary elections since 1994, he was elected MEP for South East England in the 1999 European Parliament election. He was re-elected in the 2004, 2009, 2014 and 2019 European Parliament elections. In the European Parliament, he served as the President of Europe of Freedom and Direct Democracy (EFDD) where he was noted for his speeches, and as a vocal critic of the euro currency. He first became the leader of UKIP in September 2006, and led the party through the 2009 European elections, when it won the second-highest share of the UK popular vote, defeating Labour and the Liberal Democrats with over two million votes. He stepped down in November 2009 to focus on contesting Buckingham, the constituency of the Speaker, John Bercow, at the 2010 general election, and came third. Farage successfully stood in the November 2010 UKIP leadership contest, becoming leader once again after Lord Pearson of Rannoch voluntarily stepped down. He was ranked second in The Daily Telegraph's Top 100 most influential right-wingers poll in 2013, behind Prime Minister David Cameron. Farage was named "Briton of the Year" by The Times in 2014. In the 2014 European elections, UKIP won 24 seats, the first time a party other than Labour or Conservative had won the largest number of seats in a national election since the December 1910 general election, pressuring Cameron to call a referendum on EU membership.In the 2015 general election, UKIP secured over 3.8 million votes and 12.6% of the total vote, replacing the Liberal Democrats as the third most popular party, but only secured one seat. Farage announced his resignation when he did not win the South Thanet seat, but his resignation was rejected and he remained as leader. Farage was a prominent figure in the successful campaign for Brexit in the 2016 EU membership referendum. After the vote to leave the EU, Farage resigned as leader of UKIP, triggering a leadership election, but remained as an MEP. In December 2018, Farage stood down from UKIP. He returned to frontline politics by launching the Brexit Party in 2019. Drawing support from those frustrated with the delayed implementation of Brexit by Theresa May's government, the Brexit Party won the most votes in the May 2019 European elections, becoming the largest single party in the European Parliament.