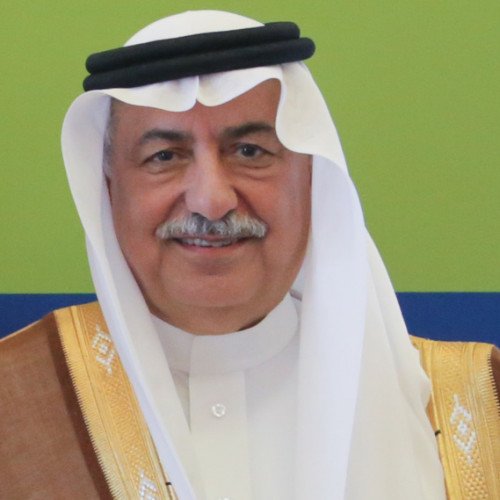 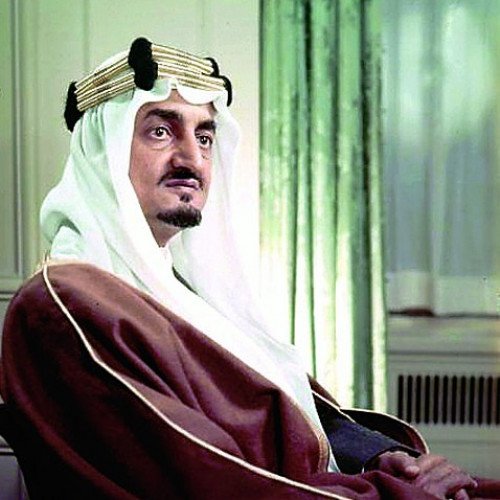 Faisal bin Abdulaziz Al Saud (Arabic: فيصل بن عبدالعزيز آل سعود‎ Fayṣal ibn ‘Abd al-‘Azīz Āl Su‘ūd; 14 April 1906 – 25 March 1975) was King of Saudi Arabia and Custodian of the Two Holy Mosques from 2 November 1964 to 25 March 1975. Faisal was the third son of King Abdulaziz. His mother, Tarfa, was a member of the Al ash-Sheikh family which has produced many prominent Saudi religious leaders. Faisal emerged as an influential royal politician under his father and brother, King Saud. He was the Saudi foreign minister from 1930 and prime minister from 1954 until his death, except for a two-year break (1960–1962) in both positions. Faisal was crown prince of Saudi Arabia after Saud's accession in 1953, and in that position he outlawed slavery in Saudi Arabia. He persuaded King Saud to abdicate in his favour in 1964 with the help of other members of the royal family and his relative, Grand Mufti Muhammad ibn Ibrahim Al ash-Sheikh. Faisal implemented a policy of modernization and reform. His main foreign policy themes were pan-Islamism, anti-communism, and pro-Palestinianism. He attempted to limit the power of Islamic religious officials. Protesting against support that Israel received from the West, he led the oil embargo which caused the 1973 oil crisis. Faisal successfully stabilized the kingdom's bureaucracy, and his reign had significant popularity among Saudi Arabians despite his reforms facing some controversy. In 1975, he was assassinated by his nephew Faisal bin Musaid.