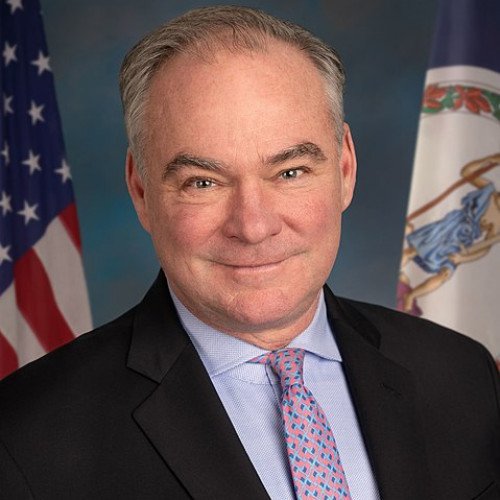 Timothy Michael Kaine (, born February 26, 1958) is an American lawyer and politician serving as the junior United States senator from Virginia since 2013. A member of the Democratic Party, he previously served as the 38th lieutenant governor of Virginia from 2002 to 2006 and 70th governor of Virginia from 2006 to 2010. Kaine was the Democratic nominee for Vice President of the United States in the 2016 election as the running mate of Hillary Clinton. Born in Saint Paul, Minnesota, Kaine grew up in Overland Park, Kansas, graduated from the University of Missouri in Columbia, Missouri and earned a Juris Doctor degree from Harvard Law School before entering private practice and becoming a lecturer at the University of Richmond School of Law. He was first elected to public office in 1994, when he won a seat on the Richmond City Council. He was then elected Mayor of Richmond in 1998 and was in that position until being elected Lieutenant Governor of Virginia in 2001. Kaine was elected Governor of Virginia in 2005 and was in that office from 2006 to 2010. He was chairman of the Democratic National Committee from 2009 to 2011. Kaine joined the race for the 2012 Virginia Senate Race, and won the election. On July 22, 2016, Hillary Clinton introduced Kaine as her vice presidential running mate. The 2016 Democratic National Convention nominated him on July 27. Despite winning a plurality of the national popular vote, the Clinton–Kaine ticket lost the Electoral College, and thus the election, to the Republican ticket of Donald Trump and Mike Pence on November 8, 2016. Kaine successfully sought re-election to a second Senate term in 2018, defeating Republican Corey Stewart by a larger margin than expected. 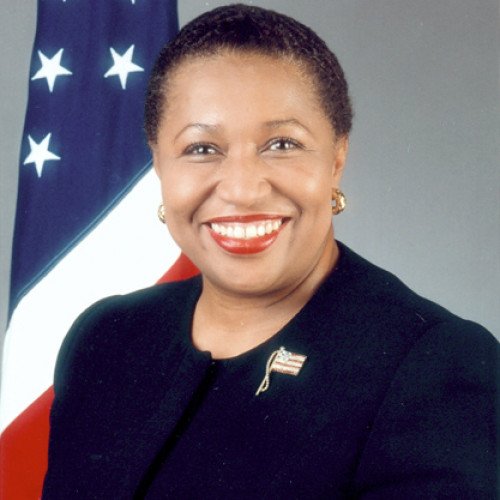 Carol Elizabeth Moseley Braun, also sometimes Moseley-Braun (born August 16, 1947), is an American diplomat, politician and lawyer who represented Illinois in the United States Senate from 1993 to 1999. Prior to her Senate tenure, Moseley Braun was a member of the Illinois House of Representatives from 1979 to 1988 and served as Cook County Recorder of Deeds from 1988 to 1992. She was elected to the U.S. Senate in 1992 after defeating Senator Alan Dixon in a Democratic primary. Moseley Braun served one term in the Senate and was defeated by Republican Peter Fitzgerald in 1998. Following her Senate tenure, Moseley Braun served as the United States Ambassador to New Zealand and Samoa from 1999 to 2001. She was a candidate for the Democratic nomination in the 2004 U.S. presidential election; she withdrew from the race prior to the Iowa caucuses. In November 2010, Moseley Braun began a campaign for Mayor of Chicago to replace retiring incumbent Richard M. Daley. She placed fourth in a field of six candidates, losing the February 2011 election to Rahm Emanuel. Moseley Braun was the first African-American female elected to the U.S. Senate, the first African-American U.S. Senator from the Democratic Party, the first woman to defeat an incumbent U.S. Senator in an election, and the first female U.S. Senator from Illinois.