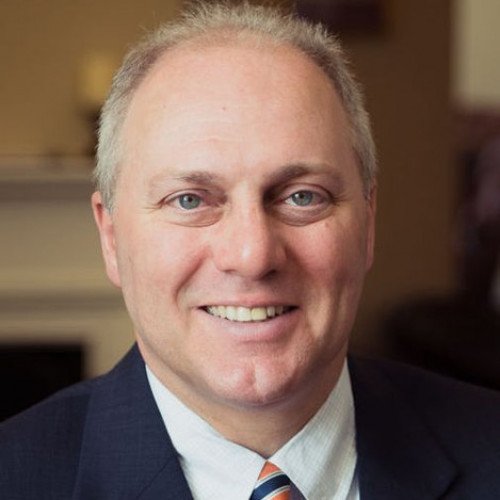 Stephen Joseph Scalise (; born October 6, 1965) is an American politician who is the United States House of Representatives minority whip and representative for Louisiana's 1st congressional district, serving since 2008. The district includes a sliver of New Orleans and most of New Orleans's suburbs. He is a member of the Republican Party and was the chair of the conservative House Republican Study Committee.Before his election to Congress, Scalise served four months in the Louisiana State Senate and twelve years in the Louisiana House of Representatives. On June 19, 2014, Scalise's Republican colleagues elected him majority whip of the United States House of Representatives. He assumed office on August 1. He is the first Louisianian to serve as majority whip since Hale Boggs of Louisiana's 2nd congressional district held the position from 1962 to 1971. In 2017, Scalise became the dean of the Louisiana Congressional delegation upon Senator David Vitter's retirement. On June 14, 2017, Scalise was shot and seriously wounded during a baseball practice by a left-wing activist. He underwent treatment for several months, returning to Congress on September 28. 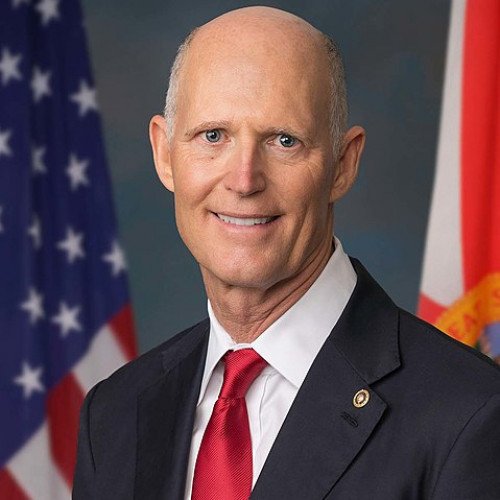 Richard Lynn Scott (né Myers, December 1, 1952) is an American politician and businessman serving as the junior United States senator from Florida, serving in that office since 2019. A member of the Republican Party, he was the 45th governor of Florida from 2011 to 2019. Scott is a graduate of the University of Missouri–Kansas City and the Dedman School of Law at Southern Methodist University. In 1987, after serving in the United States Navy and becoming a law firm partner, he co-founded Columbia Hospital Corporation. Columbia later merged with another corporation to form Columbia/HCA, which eventually became the largest private for-profit health care company in the United States. Scott was pressured to resign as chief executive of Columbia/HCA in 1997. During his tenure as chief executive, the company defrauded Medicare, Medicaid and other federal programs. The Department of Justice ultimately fined the company $1.7 billion in what was at the time the largest health care fraud settlement in U.S. history. Scott was not charged with a crime. Following his departure from Columbia/HCA, Scott became a venture capitalist and pursued other business interests. Scott ran for governor of Florida in 2010. He defeated Bill McCollum in a vigorously contested Republican primary election, and then narrowly defeated Democratic nominee Alex Sink in the general election. Scott was re-elected in 2014, defeating former governor Charlie Crist. He was barred by term limits from running for re-election in 2018, and instead ran for the United States Senate that year. Scott won the 2018 Florida Senate election, defeating Democratic incumbent Bill Nelson. The initial election results were so close that they triggered a mandatory recount. The recount showed that Scott had won by 10,033 votes; Nelson then conceded the race. Scott took office following the expiration of his term as governor of Florida on January 8, 2019.