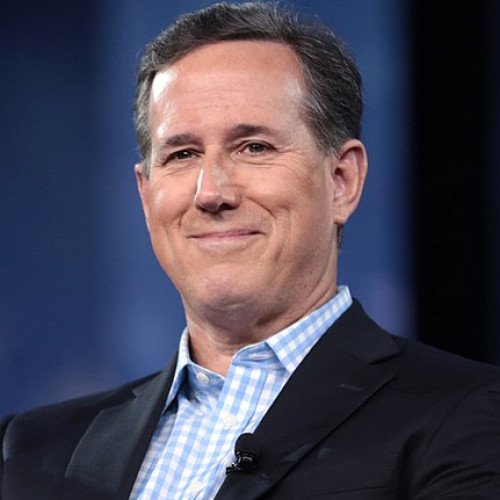 Richard John Santorum ( sann-TOHR-um; born May 10, 1958) is an American politician, attorney and political commentator. A member of the Republican Party, he served as a United States Senator from Pennsylvania from 1995 to 2007 and was the Senate's third-ranking Republican from 2001 to 2007. Santorum ran for the 2012 Republican presidential nomination, finishing second to Mitt Romney. In January 2017, he became a CNN senior political commentator. Santorum was elected to the United States Senate from Pennsylvania in 1994. He served two terms until losing his 2006 reelection bid. A Roman Catholic, Santorum is a social conservative who opposes abortion and same-sex marriage and embraced a cultural warrior image during his Senate tenure. While serving as a senator, Santorum authored the Santorum Amendment, which would have promoted the teaching of intelligent design. He was a leading sponsor of the 2003 federal law known as the Partial-Birth Abortion Ban Act. In the years following his departure from the Senate, Santorum has worked as a consultant, private practice lawyer, and news contributor. He ran for the Republican nomination in the 2012 U.S. presidential election. Before suspending his campaign on April 10, 2012, Santorum exceeded expectations by winning 11 primaries and caucuses and receiving nearly four million votes, making him the runner-up to eventual nominee Mitt Romney. Santorum ran for president again in 2016, but ended his campaign in February 2016 after a poor showing in the Iowa caucuses. 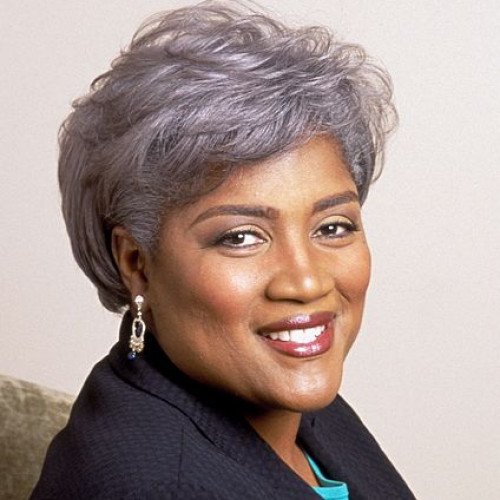 Donna Lease Brazile (; born December 15, 1959) is an American political strategist, campaign manager and political analyst who served twice as acting Chair of the Democratic National Committee (DNC). She is currently a Fox News contributor, and was previously a CNN contributor until her resignation in October 2016, after leaking CNN's debate questions to Hillary Clinton's campaign in the 2016 United States presidential election. A member of the Democratic Party, Brazile was the first African American woman to direct a major presidential campaign, acting as campaign manager for Al Gore in 2000. She has also worked on several presidential campaigns for Democratic candidates, including Jesse Jackson and Walter Mondale–Geraldine Ferraro in 1984, and for Dick Gephardt in the 1988 Democratic primary. She served as the acting chair of the Democratic National Committee in spring 2011, and again from July 2016 to February 2017.