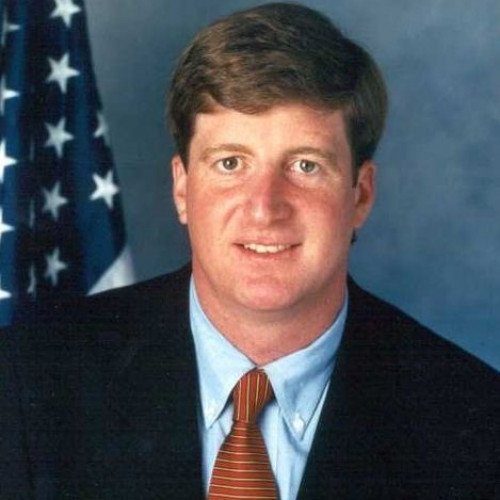 Patrick Joseph Kennedy II (born July 14, 1967) is an American politician and mental health advocate. From 1995 to 2011, he served as a Democratic member of the United States House of Representatives from Rhode Island's 1st congressional district. He is the founder of the Kennedy Forum, a former member of the President's Commission on Combatting Drug Addiction and the Opioid Crisis, and co-founder of One Mind. A member of the Kennedy family, he is the youngest child and second son of the long-time Massachusetts Senator Ted Kennedy and is a nephew of former U.S. President John F. Kennedy. At the time of his father's death in late August 2009, Patrick was the last remaining member of the Kennedy family to serve in an elective office in Washington. After he chose not to seek re-election in 2010 and left office the following year, it was the first time that no member of the Kennedy family held elected office since 1947. 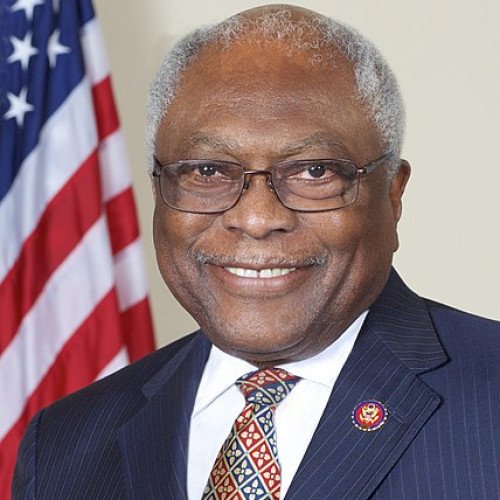 James Enos Clyburn (born July 21, 1940) is an American politician and a Democratic member of the U.S. House of Representatives from South Carolina. He has served as House Majority Whip since 2019. He is a two-time Majority Whip, having previously served in the post from 2007 to 2011, and served as House Assistant Minority Leader from 2011 to 2019. Currently in his 14th term as a congressman, Clyburn has served as U.S. Representative for South Carolina's 6th congressional district since 1993. His congressional district includes most of the majority-black precincts in and around Columbia and Charleston, as well as nearly all of South Carolina's share of the Black Belt. Clyburn is the current dean of the South Carolina congressional delegation. Clyburn has been the third-ranking Democrat in the House behind Nancy Pelosi and Steny Hoyer since 2007, serving as Majority Whip behind House Speaker Pelosi and Majority Leader Hoyer during periods of Democratic House control, and as Assistant Minority Leader behind Minority Leader Pelosi and Minority Whip Hoyer during periods of Republican House control. After the Democrats took control of the House following the 2018 midterm elections, Clyburn was re-elected Majority Whip in January 2019 on the opening of the 116th Congress, alongside the re-elected Speaker Pelosi and Majority Leader Hoyer, marking the second time the trio has served in these roles together. Clyburn played a pivotal role in the 2020 presidential election by endorsing Joe Biden three days before the South Carolina Democratic primary. Clyburn's endorsement came at a time when Biden's campaign was suffering from three disappointing finishes in the Iowa and Nevada caucuses and the New Hampshire primary. The South Carolina win for Biden days before Super Tuesday instantly transformed his campaign; the momentum led him to capture the Democratic nomination and later the presidency.