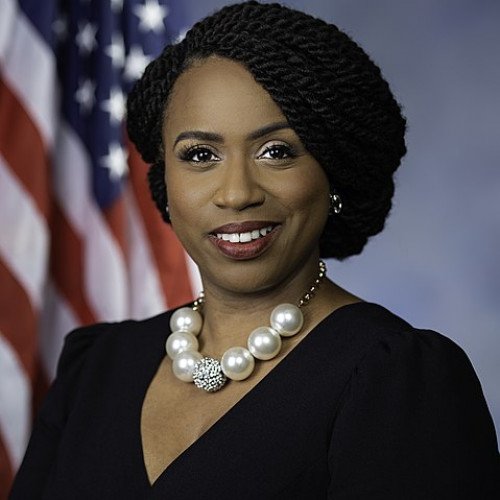 Ayanna Soyini Pressley (born February 3, 1974) is an American politician who has served as the U.S. Representative for Massachusetts's 7th congressional district since 2019. Her district includes the northern three quarters of Boston, most of Cambridge, and parts of Milton, as well as all of Chelsea, Everett, Randolph, and Somerville.A member of the Democratic Party, Pressley defeated the ten-term incumbent Mike Capuano in the primary election and ran unopposed in the general election. She had previously been elected as an at-large member of the Boston City Council in 2010. Pressley was the first black woman elected to the Boston City Council and the first black woman elected to Congress from Massachusetts. 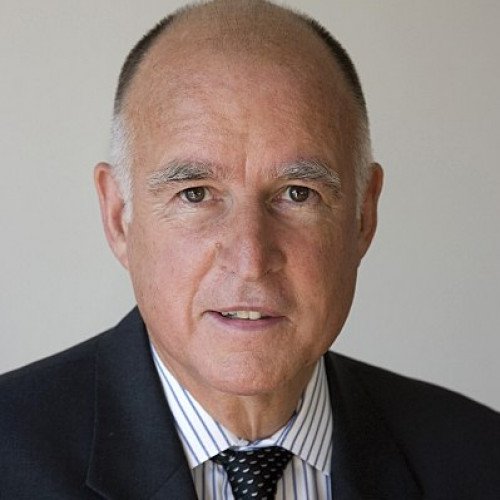 Edmund Gerald Brown Jr. (born April 7, 1938) is an American politician who served as the 34th and 39th governor of California from 1975 to 1983 and 2011 to 2019. A member of the Democratic Party, he was elected Secretary of State of California in the early 1970s; Brown later served as Mayor of Oakland from 1999 to 2007 and Attorney General of California from 2007 to 2011. He was both the oldest and sixth-youngest governor of California due to the 28-year gap between his second and third terms. Upon completing his fourth term in office, Brown became the third longest-serving governor in U.S. history, serving 16 years and 5 days in office.Born in San Francisco, he was the son of Bernice Layne Brown and Pat Brown, who was the 32nd Governor of California (1959–1967). After graduating from the University of California, Berkeley and Yale University, he practiced law and began his political career as a member of the Los Angeles Community College District Board of Trustees (1969–1971). He was elected to serve as the 23rd Secretary of State of California from 1971 to 1975. At 36, Brown was elected to his first term as governor in 1974, making him the youngest California Governor in 111 years. In 1978, he won his second term. During his governorship, Brown ran unsuccessfully as a candidate for the Democratic presidential nomination in 1976 and 1980. He declined to pursue a third term as governor in 1982, instead making an unsuccessful run for the United States Senate that same year. After traveling abroad, he returned to California and served as the sixth Chairman of the California Democratic Party (1989–1991), attempting to run for U.S. President once more in 1992. He then moved to Oakland, where he hosted a talk radio show; Brown soon returned to public life, serving as Mayor of Oakland (1999–2007) and Attorney General of California (2007–2011). He ran for his third and fourth terms as governor in 2010 and 2014, his eligibility to do so having stemmed from California's constitutional grandfather clause. On October 7, 2013, he became the longest-serving governor in the history of California, surpassing Earl Warren.