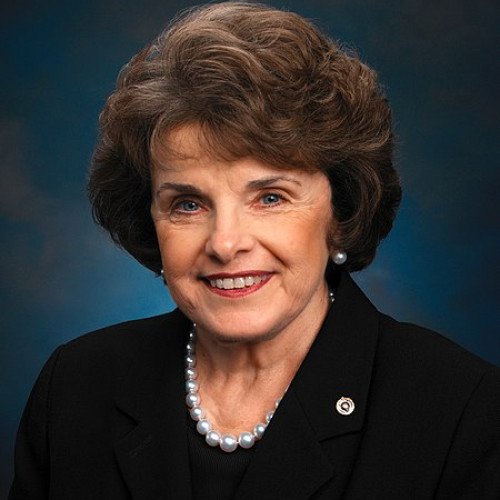 Dianne Goldman Berman Feinstein ( FYNE-styne; born Dianne Emiel Goldman; June 22, 1933) is an American politician who has served as the United States Senator from California since 1992, and the Senior Senator since Alan Cranston's retirement. A member of the Democratic Party, she was mayor of San Francisco from 1978 to 1988.Born in San Francisco, Feinstein graduated from Stanford University in 1955 with a Bachelor of Arts in history. In the 1960s, she worked in city government. Feinstein was elected to the San Francisco Board of Supervisors in 1969. She served as the board's first female president in 1978, during which time the assassinations of Mayor George Moscone and City Supervisor Harvey Milk by Dan White drew national attention. Feinstein succeeded Moscone as mayor and became the first woman to serve in that position. During her tenure, she led the renovation of the city's cable car system and oversaw the 1984 Democratic National Convention. After losing a race for governor in 1990, Feinstein won a 1992 special election to the U.S. Senate. She was first elected on the same ballot as her peer Barbara Boxer, and the two women became California's first female U.S. senators. Feinstein has been reelected five times and in the 2012 election received 7.75 million votes—the most popular votes in any U.S. Senate election in history.Feinstein authored the 1994 Federal Assault Weapons Ban, which expired in 2004. She introduced a new assault weapons bill in 2013 that failed to pass. Feinstein is the first and only woman to have chaired the Senate Rules Committee (2007–09) and the Select Committee on Intelligence (2009–15), and the first woman to have presided over a U.S. presidential inauguration. At 87, Feinstein is the oldest sitting U.S. senator. Upon the retirement of Barbara Mikulski in January 2017, Feinstein became the longest-tenured female senator currently serving; should she serve through November 5, 2022, Feinstein will surpass Mikulski's record as the longest-tenured female senator. Also, should she serve through April 13, 2021, she will become the longest-serving senator from California, surpassing Hiram Johnson. In January 2021, Feinstein filed the initial Federal Election Commission paperwork needed to seek reelection in 2024, when she will be 91. 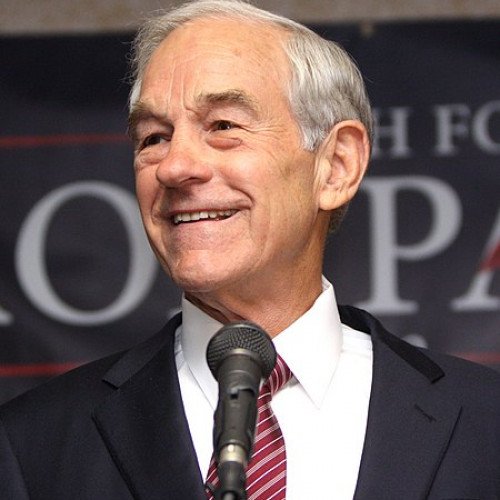 Ronald Ernest Paul (born August 20, 1935) is an American author, physician, and retired politician who served as the U.S. Representative for Texas's 22nd congressional district from 1976 to 1977 and again from 1979 to 1985, and for Texas's 14th congressional district from 1997 to 2013. On three occasions, he sought the presidency of the United States: as the Libertarian Party nominee in 1988 and as a candidate in the Republican primaries of 2008 and 2012. A self-described constitutionalist, Paul is a critic of the federal government's fiscal policies, especially the existence of the Federal Reserve and the tax policy, as well as the military–industrial complex, the war on drugs, and the war on terror. He has also been a vocal critic of mass surveillance policies such as the USA PATRIOT Act and the NSA surveillance programs. He was the first chairman of the conservative PAC Citizens for a Sound Economy, a free-market group focused on limited government, and has been characterized as the "intellectual godfather" of the Tea Party movement, a fiscally conservative political movement that is largely against most matters of interventionism.Paul served as a flight surgeon in the U.S. Air Force from 1963 to 1968, and worked as an obstetrician-gynecologist from the 1960s to the 1980s. He became the first Representative in history to serve concurrently with a child in Congress when his son, Rand Paul, was elected to the U.S. Senate from Kentucky in 2010. Paul is a Senior Fellow of the Mises Institute, and has published a number of books and promoted the ideas of economists of the Austrian School such as Murray Rothbard, Friedrich Hayek, and Ludwig von Mises during his political campaigns. After the popularity of his 2008 presidential bid, Paul announced in July 2011 that he would forgo seeking another term in Congress in order to focus on his 2012 bid for the presidency. Finishing in the top four with delegates in both races (while winning four states in the 2012 primaries), he refused to endorse the Republican nominations of John McCain and Mitt Romney during their respective 2008 and 2012 campaigns, and on May 14, 2012, Paul announced that he would not be competing in any other presidential primaries but that he would still compete for delegates in states where the primary elections had already been held. At both the 2008 and 2012 Republican National Conventions, Paul received the second-highest amount of delegates behind only McCain and Romney respectively. In January 2013, Paul retired from Congress but still remains active on college campuses, giving speeches promoting his libertarian vision. He also continues to provide political commentary through The Ron Paul Liberty Report, a web show he co-hosts on YouTube. Paul received one electoral vote from a Texas faithless elector in the 2016 presidential election, making him the oldest person to receive an electoral vote, as well as the second registered Libertarian presidential candidate in history to receive an Electoral College vote, after John Hospers in 1972.