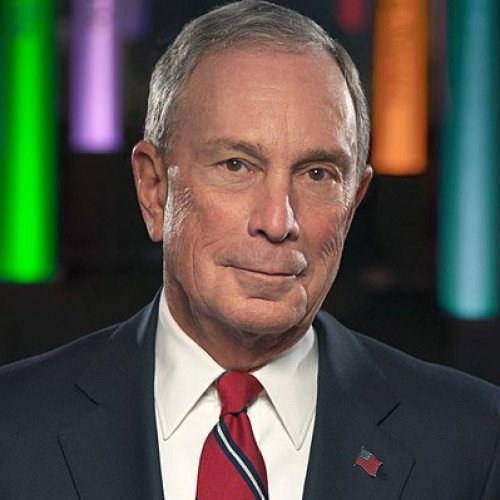 Michael Rubens Bloomberg (born February 14, 1942) is an American businessman, politician, philanthropist, and author. He is the majority owner and co-founder of Bloomberg L.P. He was the mayor of New York City from 2002 to 2013, and was a candidate for the 2020 Democratic nomination for president of the United States. Bloomberg grew up in Medford, Massachusetts, and graduated from Johns Hopkins University and Harvard Business School. He began his career at the securities brokerage Salomon Brothers before forming his own company in 1981. That company, Bloomberg L.P., is a financial information, software and media firm that is known for its Bloomberg Terminal. Bloomberg spent the next twenty years as its chairman and CEO. In 2020, Forbes ranked him as the sixteenth-richest person in the world, with an estimated net worth of $48 billion as of April 7, 2020 and as of July 21, 2020, Bloomberg ranked 8th in Forbes 400 with net worth $60.1 billion. Since signing The Giving Pledge, Bloomberg has given away $8.2 billion. Bloomberg was elected the 108th mayor of New York City. First elected in 2001, he held office for three consecutive terms, winning re-election in 2005 and in 2009. Pursuing socially liberal and fiscally moderate policies, Bloomberg developed a technocratic managerial style. After a brief stint as a full-time philanthropist, he re-assumed the position of CEO at Bloomberg L.P. by the end of 2014. As mayor of New York, Bloomberg established public charter schools, rebuilt urban infrastructure, and supported gun control, public health initiatives, and environmental protections. He also led a rezoning of large areas of the city, which facilitated massive and widespread new commercial and residential construction after the September 11 attacks. Bloomberg is considered to have had far-reaching influence on the politics, business sector, and culture of New York City during his three terms as mayor. He has also faced significant criticism for his expansion of the city's stop and frisk program, support for which he reversed with an apology before his 2020 presidential run.In November 2019, Bloomberg officially launched his campaign for the Democratic nomination for president of the United States in the 2020 election. He ended his campaign in March 2020, after having won only 61 delegates. Bloomberg self-funded $935 million for his candidacy, which set the record for the most expensive U.S. presidential primary campaign. 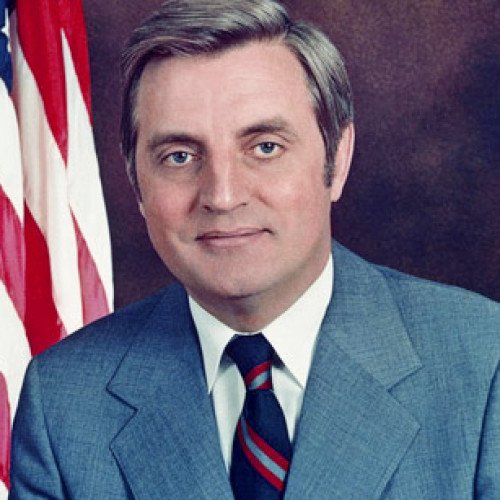 Walter Frederick "Fritz" Mondale (born January 5, 1928) is an American politician, diplomat and lawyer who served as the 42nd vice president of the United States from 1977 to 1981. A United States senator from Minnesota (1964–1976), he was the Democratic Party's nominee in the 1984 United States presidential election, but lost to incumbent Ronald Reagan in an Electoral College and popular vote landslide. Reagan won 49 states while Mondale carried his home state of Minnesota and the District of Columbia. In October 2002, Mondale became the last-minute choice of the Minnesota Democratic–Farmer–Labor Party to run for Senate after the death of Senator Paul Wellstone, but was defeated by Saint Paul Mayor Norm Coleman. Mondale became the oldest living former U.S. vice president after the death of George H. W. Bush in 2018. Mondale was born in Ceylon, Minnesota, and graduated from the University of Minnesota in 1951 after attending Macalester College. He then served in the United States Army during the Korean War before earning a law degree in 1956. He married Joan Adams in 1955. Working as a lawyer in Minneapolis, Mondale was appointed Minnesota Attorney General in 1960 by Governor Orville Freeman and was elected to a full term as attorney general in 1962 with 60% of the vote. He was appointed to the U.S. Senate by Governor Karl Rolvaag upon the resignation of Senator Hubert Humphrey following Humphrey's election as vice president in 1964. Mondale was elected to a full Senate term in 1966 and reelected in 1972, resigning in 1976 as he prepared to succeed to the vice presidency in 1977. While in the Senate, he supported consumer protection, fair housing, tax reform, and the desegregation of schools. Importantly, he served as a member of the Select Committee to Study Governmental Operations with Respect to Intelligence Activities ("Church Committee").In 1976, Jimmy Carter, the Democratic presidential nominee, chose Mondale as his vice-presidential running mate. The Carter–Mondale ticket defeated incumbent president Gerald Ford and his vice presidential running mate, Bob Dole. Carter and Mondale's time in office was marred by a worsening economy and they lost the 1980 election to Republicans Ronald Reagan and George H. W. Bush. In 1984, Mondale won the Democratic presidential nomination and campaigned for a nuclear freeze, the Equal Rights Amendment, an increase in taxes, and a reduction of U.S. public debt. His vice presidential nominee was Geraldine Ferraro, a Congresswoman from New York, the first female vice-presidential nominee of any major party. Mondale and Ferraro lost the election to the incumbents Reagan and Bush. After his defeat, Mondale joined the Minnesota-based law firm Dorsey &amp; Whitney and the National Democratic Institute for International Affairs (1986–93). President Bill Clinton appointed Mondale United States Ambassador to Japan in 1993; he retired in 1996. In 2002, Mondale ran for his old Senate seat, agreeing to be the last-minute replacement for Democratic Senator Paul Wellstone, who died in a plane crash less than two weeks before the election. Mondale narrowly lost the race to Saint Paul mayor Norm Coleman. He then returned to working at Dorsey &amp; Whitney and remained active in the Democratic Party. Mondale later took up a part-time teaching position at the University of Minnesota's Hubert H. Humphrey School of Public Affairs.