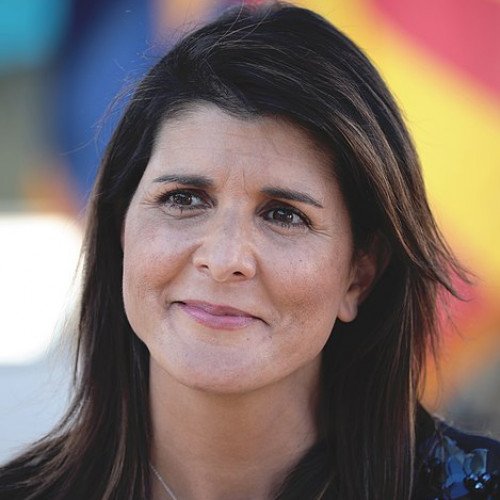 Nimrata Nikki Haley (née Randhawa; born January 20, 1972) is an American politician, diplomat, clothing executive and author who served as the 116th governor of South Carolina from 2011 to 2017 and as the 29th United States ambassador to the United Nations from 2017 to 2018. Haley was the first female governor of South Carolina, the youngest governor in the country and the second governor of Indian descent (after Bobby Jindal of Louisiana). She was the first Asian-American female governor, and in 2017 became the first Indian-American in a presidential cabinet.Haley was born in Bamberg, South Carolina, and studied accountancy at Clemson University. First elected to the South Carolina House of Representatives in 2004, she served three terms. In 2010, during her third term, she was elected governor of South Carolina and won re-election in 2014. On November 23, 2016, then President-elect Donald Trump announced his intention to nominate then-South Carolina Governor Haley as United States ambassador to the United Nations. She was confirmed by the U.S. Senate in a 96-to-4 vote, and was sworn in on January 25, 2017. She affirmed the United States' willingness to use military force in response to further North Korean missile tests in the wake of the 2017 North Korea crisis, and supported Israel thirteen times. She voluntarily stepped down on December 31, 2018. 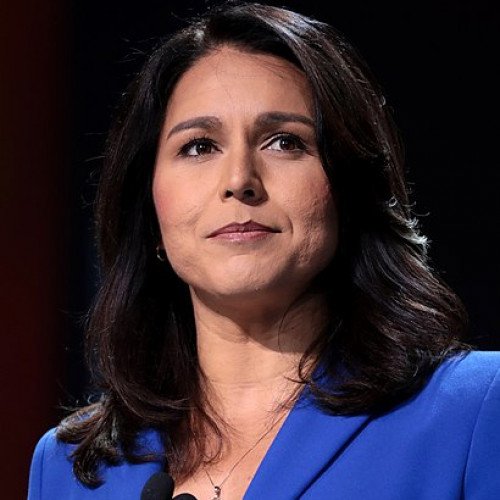 Tulsi Gabbard (; born April 12, 1981) is an American politician and United States Army Reserve officer who served as the U.S. Representative for Hawaii's 2nd congressional district from 2013 to 2021. Elected in 2012, she was the first Hindu member of Congress and also the first Samoan-American voting member of Congress. In early February 2019 she announced her candidacy for the Democratic nomination in the 2020 United States presidential election.In 2002, Gabbard was elected to the Hawaii House of Representatives at the age of 21. Gabbard served in a field medical unit of the Hawaii Army National Guard in Iraq from 2004 to 2005 and was deployed to Kuwait from 2008 to 2009 as an Army Military Police platoon leader. She was a vice chair of the Democratic National Committee from 2013 to 2016, when she resigned to endorse Senator Bernie Sanders for the 2016 Democratic presidential nomination. Gabbard supports a two-tier universal health care plan that she calls "Single Payer Plus" and strengthening Roe v. Wade by codifying it into federal law. Her position has evolved on the issue and she now believes that abortion should be "safe, legal and rare", although it is not a choice she would personally make. She co-sponsored the Family Act for paid family and medical leave and endorsed universal basic income. She opposes military interventionism, although she has called herself a "hawk" on terrorism. Her decision to meet Syrian President Bashar al-Assad and her skeptical approach to two claims that he had used chemical weapons were controversial.On March 19, 2020, Gabbard dropped out of the 2020 presidential race and endorsed Joe Biden. She had already withdrawn from her U.S. House re-election race during her presidential campaign and was succeeded by Kai Kahele on January 3, 2021.