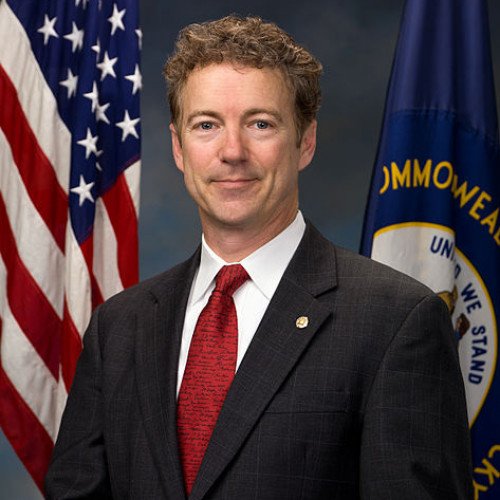 Randal Howard Paul (born January 7, 1963) is an American politician and physician serving as the junior United States Senator from Kentucky since 2011. He is a son of former twelve-term U.S. Representative Ron Paul of Texas, who was a presidential candidate in 1988, 2008, and 2012. Born in Pittsburgh, Pennsylvania, Paul attended Baylor University and is a graduate of the Duke University School of Medicine. Paul began practicing ophthalmology in 1993 in Bowling Green, Kentucky, and established his own clinic in December 2007. In 2010, Paul entered politics by running for a seat in the United States Senate. A Republican, Paul has described himself as a constitutional conservative and a supporter of the Tea Party movement. Paul was a candidate for the Republican nomination at the 2016 U.S. presidential election. He suspended his campaign in February 2016, after finishing in fifth place during the Iowa caucuses. 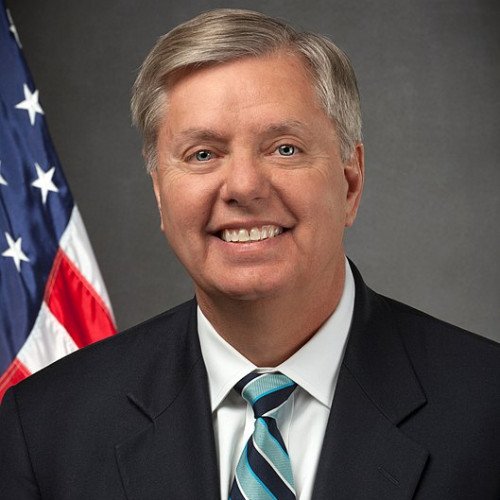 Lindsey Olin Graham (born July 9, 1955) is an American politician serving as the senior United States Senator from South Carolina, a seat he has held since 2003. A member of the Republican Party, Graham served as chairman of the Senate Committee on the Judiciary from 2019 to 2021. A native of Central, South Carolina, Graham received his Juris Doctor degree from the University of South Carolina School of Law in 1981. Most of his active duty within his span of military service happened from 1982 to 1988 when he served with the Judge Advocate General's Corps in the United States Air Force, as a defense attorney and then with the Air Force's chief prosecutor in Europe based in West Germany. Later his entire service in the U.S. Air Force Reserve ran concurrently with his congressional career. He was awarded a Bronze Star Medal for meritorious service in 2014. Graham worked as a lawyer in private practice before serving one term in the South Carolina House of Representatives from 1993 to 1995. He served for four terms in the United States House of Representatives for South Carolina's 3rd congressional district from 1995 to 2003. In 2002, Graham won the U.S. Senate seat vacated by retiring Republican incumbent Strom Thurmond. He won re-election for a fourth term in 2020. Graham is known in the Senate for his advocacy of a strong national defense and aggressive interventionist foreign policy. Initially, he was also known for his willingness to be bipartisan and work with Democrats on issues like campaign finance reform, a ban on waterboarding, immigration reform, and judicial nominees. He has criticized the Tea Party movement, arguing for a more inclusive Republican Party.Graham sought the Republican nomination for president between June and December 2015, dropping out before the 2016 Republican primaries began. He was an outspoken critic of fellow Republican Donald Trump's 2016 candidacy and repeatedly declared he did not support Trump; in particular, he took issue with Trump's comments on Graham's close friend, Senator John McCain. After a March 2017 meeting with Trump, Graham became a staunch ally of the president, often issuing public statements in his defense. His reversal caught both parties by surprise and sparked much media attention. Graham became chairman of the Senate Judiciary Committee in 2019. Graham led the U.S. Supreme Court confirmation hearings for Amy Coney Barrett, who was successfully appointed Associate Justice in October 2020.