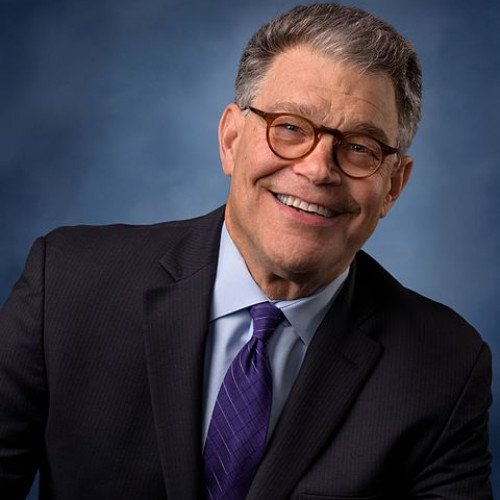 Alan Stuart Franken (born May 21, 1951) is an American comedian, former politician, media personality, and author who served as a United States senator from Minnesota from 2009 to 2018. He became well known in the 1970s and 1980s as a staff writer and performer on the television comedy show Saturday Night Live. After decades as a comedic actor and writer, he became a prominent liberal political activist, hosting The Al Franken Show on Air America Radio. Franken was first elected to the United States Senate in 2008 as the nominee of the Minnesota Democratic–Farmer–Labor Party (DFL, an affiliate of the Democratic Party), defeating incumbent Republican Senator Norm Coleman by 312 votes out of nearly three million cast (a margin of just over 0.01%). He won reelection in 2014 with 53.2% of the vote over Republican challenger Mike McFadden. Franken resigned on January 2, 2018, after several allegations of sexual misconduct were made against him. In September 2019, Franken announced he would be hosting The Al Franken Show Saturday mornings on SiriusXM radio. It covers topics such as global affairs, politics, the 2020 presidential election, and entertainment. 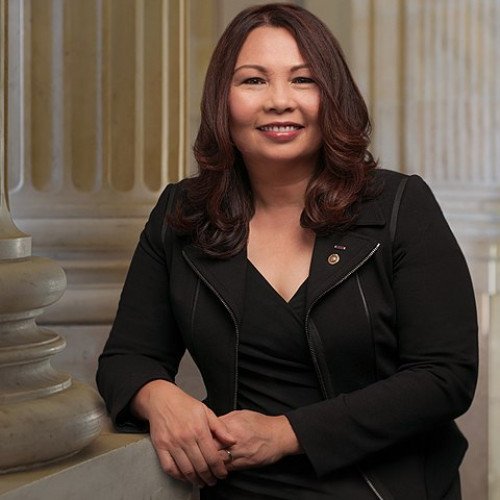 Ladda Tammy Duckworth (born March 12, 1968) is an American politician and retired Army National Guard lieutenant colonel serving as the junior United States Senator from Illinois since 2017. A member of the Democratic Party, she represented Illinois's 8th district in the United States House of Representatives from 2013 to 2017. Duckworth was educated at the University of Hawaii and George Washington University. A combat veteran of the Iraq War, she served as a U.S. Army helicopter pilot. In 2004, after her helicopter was hit by a rocket-propelled grenade fired by Iraqi insurgents, she suffered severe combat wounds, which caused her to lose both of her legs and some mobility in her right arm. She was the first female double amputee from the war. Despite her grievous injuries, she sought and obtained a medical waiver that allowed her to continue serving in the Illinois Army National Guard until she retired as a lieutenant colonel in 2014. Duckworth ran unsuccessfully for a seat in the United States House of Representatives in 2006, then served as Director of the Illinois Department of Veterans Affairs from 2006 to 2009 and as Assistant Secretary for Public and Intergovernmental Affairs at the United States Department of Veterans Affairs from 2009 to 2011. In 2012, Duckworth was elected to the U.S. House of Representatives, where she served two terms. Duckworth was elected to the U.S. Senate in 2016, defeating Republican incumbent Mark Kirk. She is the first Thai American woman elected to Congress, the first person born in Thailand elected to Congress, the first woman with a disability elected to Congress, the first female double amputee in the Senate, and the first senator to give birth while in office. Duckworth is the second of three Asian American women to serve in the U.S. Senate, after Mazie Hirono, and before Kamala Harris.