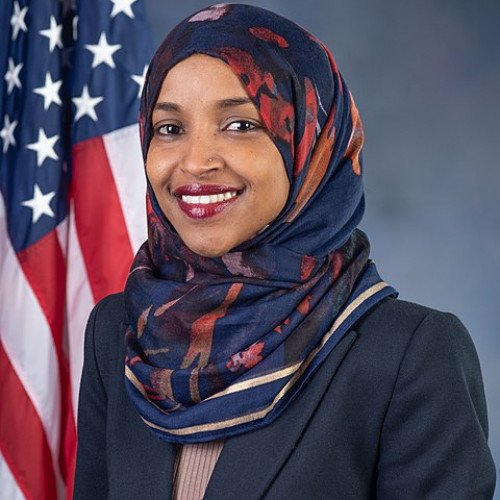 Ilhan Abdullahi Omar (born October 4, 1982) is an American politician serving as the U.S. Representative for Minnesota's 5th congressional district since 2019. She is a member of the Democratic–Farmer–Labor Party.Before her election to Congress, Omar served in the Minnesota House of Representatives from 2017 to 2019, representing part of Minneapolis. Her congressional district includes all of Minneapolis and some of its suburbs. Omar is a member of the Congressional Progressive Caucus and has advocated for a living wage, affordable housing, universal healthcare, student loan debt forgiveness, the protection of Deferred Action for Childhood Arrivals, and abolishing U.S. Immigration and Customs Enforcement (ICE). She has strongly opposed the immigration policies of the Trump administration, including the Trump travel ban. She has been the subject of several death threats, conspiracy theories, other harassment by political opponents, and false and misleading claims by Donald Trump.A frequent critic of Israel, Omar has denounced its settlement policy and military campaigns in the occupied Palestinian territories, and what she describes as the influence of pro-Israel lobbies.Omar is the first Somali American, the first naturalized citizen of African birth, and the first woman of color to represent Minnesota in the United States Congress. She is also one of the first two Muslim women (along with Rashida Tlaib) to serve in Congress. 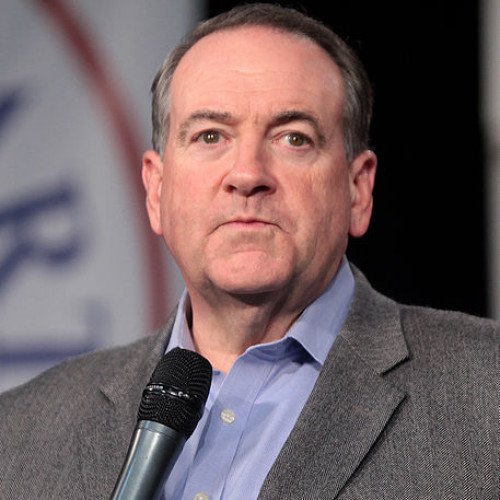 Michael Dale Huckabee (born August 24, 1955) is an American politician, Christian minister and political commentator who served as the 44th governor of Arkansas from 1996 to 2007. He was a candidate for the Republican Party presidential nomination in both 2008 and 2016. He is the host of the talk show Huckabee, which ran on the Fox News Channel from 2008 to 2015, and has run on TBN since October 2017. He paused the show in January 2015 in order to explore a potential bid for the presidency. From April 2012 through December 2013, he hosted a daily radio program, The Mike Huckabee Show, on weekday afternoons for Cumulus Media Networks. Huckabee is the author of several best-selling books, an ordained Southern Baptist minister noted for his evangelical views, a musician, and a public speaker. He was also a political commentator on The Huckabee Report.In the 2008 Republican presidential primaries, Huckabee won the 2008 Iowa Republican caucuses and finished second in delegate count and third in both popular vote and number of states won, behind John McCain and Mitt Romney. Huckabee ran again for the Republican nomination in the 2016 presidential election, but withdrew early in the primary following a disappointing finish in the Iowa caucus. Huckabee is the father of former White House Press Secretary Sarah Huckabee Sanders.