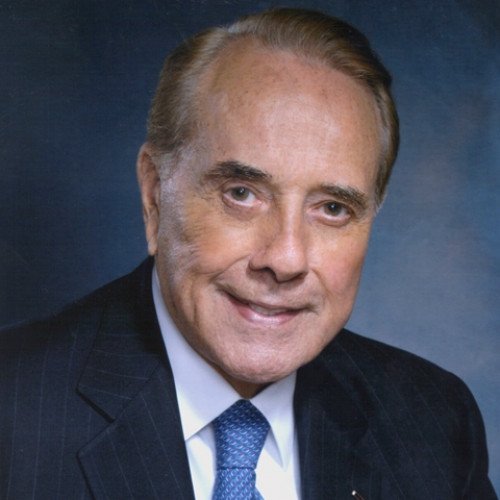 Robert Joseph Dole (born July 22, 1923) is an American retired politician, statesman, and attorney who represented Kansas in the U.S. Senate from 1969 to 1996. He was the Republican Leader of the United States Senate during the final 11 years of his tenure, including three nonconsecutive years as Senate Majority Leader. Prior to his 27 years in the Senate, he served in the U.S House of Representatives from 1961 to 1969. Dole was also the Republican presidential nominee in the 1996 election and the vice presidential nominee in the 1976 election. Born in Russell, Kansas, Dole established a legal career in Russell after serving with distinction in the United States Army during World War II. After a stint as Russell County Attorney, he won election to the House of Representatives in 1960. In 1968, Dole was elected to the Senate, where he served as chairman of the Republican National Committee from 1971 to 1973 and chairman of the Senate Finance Committee from 1981 to 1985. He led the Senate Republicans from 1985 to his resignation in 1996, and served as Senate Majority Leader from 1985 to 1987 and from 1995 to 1996. In his role as Republican leader, he helped defeat President Bill Clinton's health care plan. President Gerald Ford chose Dole as his running mate in the 1976 election after Vice President Nelson Rockefeller withdrew from seeking a full term. Ford was defeated by Democrat Jimmy Carter in the general election. Dole sought the Republican presidential nomination in 1980 but quickly dropped out of the race. He experienced more success in the 1988 Republican primaries but was defeated by Vice President George H. W. Bush. Dole won the Republican nomination in 1996 and selected Jack Kemp as his running mate. The Republican ticket lost in the general election to Bill Clinton, making Dole the first unsuccessful major party nominee for both president and vice president. He resigned from the Senate during the 1996 campaign and did not seek public office again after the election. Though he retired from public office, Dole has remained active in public life since 1996. He appeared in numerous commercials and television programs and served on various councils. In 2012, Dole unsuccessfully advocated Senate ratification of the Convention on the Rights of Persons with Disabilities. He initially supported Jeb Bush in the 2016 Republican primaries, but later became the only former Republican presidential nominee to endorse Donald Trump, after Trump clinched the Republican nomination. Dole is currently a member of the advisory council of the Victims of Communism Memorial Foundation and special counsel at the Washington, D.C., office of law firm Alston &amp; Bird. On January 17, 2018, Dole was awarded the Congressional Gold Medal. He is married to former U.S. Senator Elizabeth Dole of North Carolina. 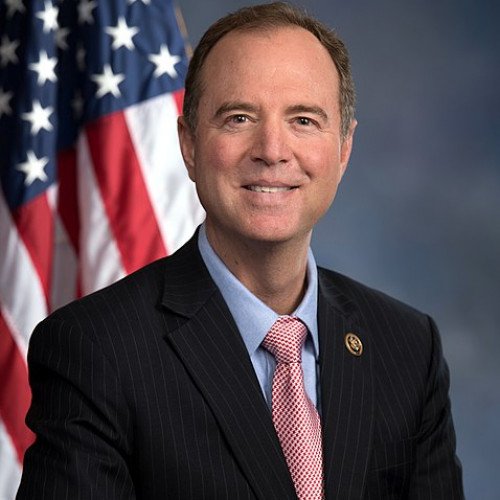 Adam Bennett Schiff (born June 22, 1960) is an American lawyer and politician who has served as the U.S. Representative for California's 28th congressional district since 2013. A member of the Democratic Party, Schiff is currently in his 10th term as a congressman, having served since 2001. Schiff's district (numbered as the 27th from 2001 to 2003 and as the 29th from 2003 to 2013) has been centered in the San Gabriel Valley east of Los Angeles, including Pasadena, Glendale, and Burbank. For his first six terms, he represented a district that included the areas of Alhambra, Altadena, San Gabriel, Burbank, Glendale, South Pasadena, Temple City, Monterey Park, and Pasadena. In 2010, his district's boundaries were re-drawn to include, among others, La Cañada Flintridge and La Crescenta-Montrose as well as large portions of Los Angeles itself including Sunland-Tujunga, Hollywood, the Hollywood Hills, West Hollywood, Echo Park, Silver Lake, and Los Feliz. He currently serves as chairman of the United States House Permanent Select Committee on Intelligence. He is currently on leave from the House Appropriations Committee, which he joined in 2007. He previously served on the United States House Foreign Affairs Committee and the State, Foreign Operations and Related Programs Subcommittee of the Appropriations Committee.