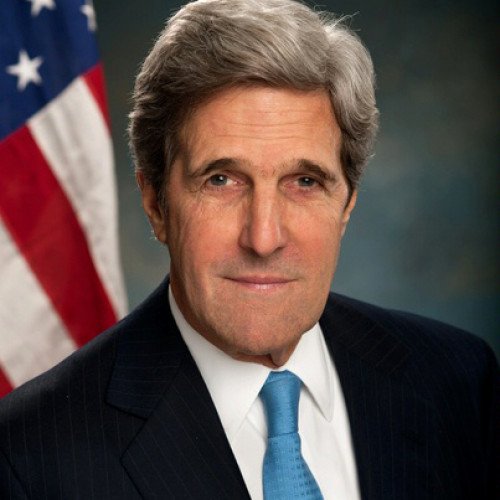 John Forbes Kerry (born December 11, 1943) is an American politician and diplomat serving as the United States Special Presidential Envoy for Climate. He previously served as the 68th United States Secretary of State from 2013 to 2017. An attorney and former naval officer, Kerry first drew public attention as a decorated Vietnam veteran turned anti-war activist. He went on to serve as a prosecutor and as Lieutenant Governor of Massachusetts, before serving as United States Senator from Massachusetts from 1985 to 2013. A member of the Democratic Party, he was the Democratic nominee for President of the United States in the 2004 election, which he lost to incumbent President George W. Bush. Kerry grew up as a military brat in Massachusetts and Washington, D.C. before attending boarding school in Massachusetts and New Hampshire. In 1966, after graduating from Yale University, Kerry enlisted in the United States Naval Reserve, ultimately attaining the rank of lieutenant. From 1968 to 1969, during the Vietnam War, he served an abbreviated four-month tour of duty in South Vietnam. While serving as the commanding officer of a Swift boat, Kerry sustained three wounds in combat with the Viet Cong, earning three Purple Heart Medals. Kerry was awarded the Silver Star Medal and the Bronze Star Medal for valorous conduct in separate military engagements. After completing his active military service, Kerry returned to the United States and became an outspoken opponent of the Vietnam War. He gained national recognition as an anti-war activist, serving as a spokesperson for the Vietnam Veterans Against the War organization. Kerry testified in the Fulbright Hearings before the Senate Committee on Foreign Relations, where he described the United States government's policy in Vietnam as the cause of war crimes. In 1972, Kerry entered electoral politics as a Democratic candidate for the United States House of Representatives in Massachusetts' 5th congressional district. Kerry won the Democratic nomination but was defeated in the general election by his Republican opponent. He subsequently worked as a radio talk show host in Lowell and as the executive director of an advocacy organization while attending the Boston College School of Law. After obtaining his juris doctor in 1976, Kerry served from 1977 to 1979 as the First Assistant District Attorney of Middlesex County, where he tried criminal cases and managed the district attorney's office. After a period in private legal practice, Kerry was elected Lieutenant Governor of Massachusetts in 1982. In 1984, Kerry was elected to the United States Senate. As a member of the Senate Committee on Foreign Relations, he led a series of hearings investigating narcotics trafficking in Latin America, which exposed aspects of the Iran–Contra affair. He was reelected to additional terms in 1990, 1996, 2002 and 2008. Kerry won the Democratic party presidential nomination in 2004, alongside vice presidential nominee and North Carolina Senator John Edwards. Kerry campaigned as a critic of Republican President George W. Bush's prosecution of the Iraq War and advocated a liberal domestic policy. Kerry lost the Electoral College and the popular vote by narrow margins, winning 251 electors to Bush's 286 and 48.3% of the popular vote to Bush's 50.7%. Kerry remained in the Senate and chaired the Committee on Foreign Relations from 2009 to 2013. In January 2013, he was nominated by President Barack Obama to succeed outgoing Secretary of State Hillary Clinton, and was confirmed by his Senate colleagues on a vote of 94–3. As Secretary of State, Kerry initiated the 2013–2014 Israeli–Palestinian peace talks and negotiated landmark agreements restricting the nuclear program of Iran, including the 2013 Joint Plan of Action and the 2015 Joint Comprehensive Plan of Action. In 2015, Kerry signed the Paris Agreement on climate change on behalf of the United States. Kerry served as Secretary of State until the end of the Obama administration in January 2017, when he retired from government service. Kerry has remained active in public affairs as a vocal opponent of former President Donald Trump and as a supporter of President Joe Biden. On November 23, 2020, President-elect Joe Biden announced that Kerry will serve as the U.S. Special Presidential Envoy for Climate in the Biden administration. 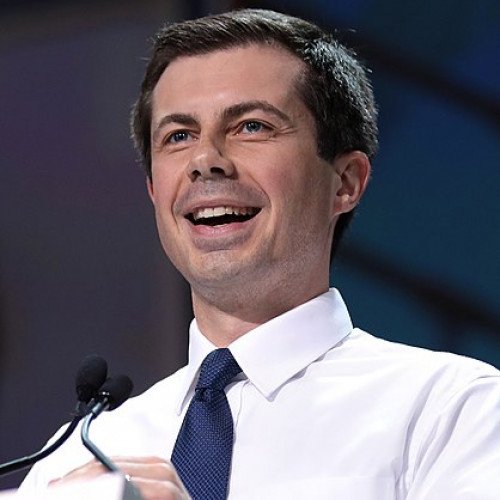 Peter Paul Montgomery Buttigieg ( BOOT-ə-jəj; born January 19, 1982) is an American politician and former U.S. Navy intelligence officer who is President Joe Biden's nominee for the position of United States Secretary of Transportation. He was the 32nd mayor of South Bend, Indiana, from 2012 to 2020, earning him the nickname "Mayor Pete".Buttigieg is a graduate of Harvard College and Oxford University, attending the latter on a Rhodes Scholarship. From 2009 to 2017, he was an intelligence officer in the United States Navy Reserve, attaining the rank of lieutenant. He was mobilized and deployed to the War in Afghanistan for seven months in 2014. Before being elected as Mayor of South Bend in 2012, Buttigieg worked on the political campaigns of Democrats Jill Long Thompson, Joe Donnelly, and John Kerry. While serving as mayor, Buttigieg came out as gay in 2015. He married Chasten Glezman, a schoolteacher, writer, and LGBTQ rights advocate, in June 2018. Buttigieg declined to seek a third term as mayor. Buttigieg ran as a candidate for president in the 2020 Democratic Party presidential primaries, launching his campaign for the 2020 United States presidential election on April 14, 2019. He became the first openly gay person to launch a major presidential campaign. Despite initially low expectations, he gained significant momentum in mid-2019 when he participated in several town halls and debates. Buttigieg narrowly won the Iowa caucuses and placed second in the New Hampshire primary. By winning Iowa, he became the first openly gay candidate to win a presidential primary or caucus. Buttigieg dropped out of the race on March 1, 2020, and endorsed Joe Biden the following day.In December 2020, President Biden named Buttigieg as his nominee to be Secretary of Transportation. He is the first openly gay Cabinet nominee in U.S. history.