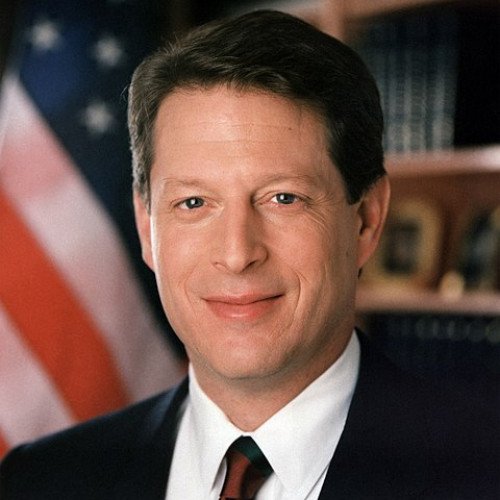 Albert Arnold Gore Jr. (born March 31, 1948) is an American politician and environmentalist who served as the 45th vice president of the United States from 1993 to 2001. Gore was Bill Clinton's running mate in their successful campaign in 1992 and the pair were re-elected in 1996. Near the end of Clinton's second term, Gore was selected as the Democratic nominee for the 2000 presidential election but lost the election in a very close race after a Florida recount. After his term as vice-president ended in 2001, Gore remained prominent as an author and environmental activist, whose work in climate change activism earned him (jointly with the IPCC) the Nobel Peace Prize in 2007. In 2008, Gore won the Dan David Prize for Social Responsibility.Gore was an elected official for 24 years. He was a representative from Tennessee (1977–1985) and from 1985 to 1993 served as a senator from that state. He served as vice president during the Clinton administration from 1993 to 2001. The 2000 presidential election was one of the closest presidential races in history. Gore won the popular vote, but after a controversial election dispute over a Florida recount (settled by the U.S. Supreme Court, which ruled 5–4 in favor of Bush), he lost the election to Republican opponent George W. Bush in the Electoral College. Gore is the founder and current chair of The Climate Reality Project, the co-founder and chair of Generation Investment Management, the now-defunct Current TV network, a member of the Board of Directors of Apple Inc. and a senior adviser to Google. Gore is also a partner in the venture capital firm Kleiner Perkins, heading its climate change solutions group. He has served as a visiting professor at Middle Tennessee State University, Columbia University Graduate School of Journalism, Fisk University and the University of California, Los Angeles. He served on the Board of Directors of World Resources Institute.Gore has received a number of awards that include the Nobel Peace Prize (joint award with the Intergovernmental Panel on Climate Change, 2007), a Grammy Award for Best Spoken Word Album (2009) for his book An Inconvenient Truth, a Primetime Emmy Award for Current TV (2007), and a Webby Award (2005). Gore was also the subject of the Academy Award winning (2007) documentary An Inconvenient Truth in 2006. In 2007, he was named a runner-up for Time's 2007 Person of the Year. 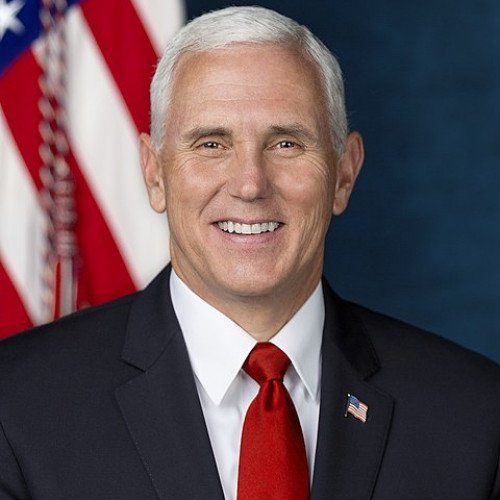 Michael Richard Pence (born June 7, 1959) is an American politician who served as the 48th vice president of the United States from 2017 to 2021. A member of the Republican Party, he was the 50th governor of Indiana from 2013 to 2017. Pence was also a member of the U.S. House of Representatives from 2001 to 2013. Pence was born and raised in Columbus, Indiana, and is the younger brother of U.S. representative Greg Pence. He graduated from Hanover College and earned a law degree from the Indiana University Robert H. McKinney School of Law before entering private practice. After losing two bids for a congressional seat in 1988 and 1990, he became a conservative radio and television talk show host from 1994 to 1999. Pence was elected to the U.S. House of Representatives in 2000 and represented Indiana's 2nd and 6th congressional districts from 2001 to 2013. He served as the chairman of the House Republican Conference from 2009 to 2011, the third-highest position in the House Republican leadership. Pence described himself as a "principled conservative" and supporter of the Tea Party movement, saying he was "a Christian, a conservative, and a Republican, in that order."Pence successfully sought the Republican nomination for the 2012 Indiana gubernatorial election when term-limited Mitch Daniels retired. He defeated former Indiana House speaker John R. Gregg in the closest gubernatorial election in 50 years. Upon becoming governor in January 2013, Pence initiated the largest tax cut in Indiana's history and pushed for more funding for private education initiatives. Pence signed bills intended to restrict abortions, including one that prohibited abortions if the reason for the procedure was the fetus's race, gender, or disability. After Pence signed the Religious Freedom Restoration Act, he encountered fierce resistance from moderate members of his party, the business community, and LGBT advocates. The backlash against the RFRA led Pence to amend the bill to prohibit discrimination based on sexual orientation, gender identity, and other criteria. Pence withdrew his gubernatorial reelection campaign in July 2016 to become the running mate of Republican presidential nominee Donald Trump, who went on to win the 2016 presidential election. He was inaugurated as vice president of the United States on January 20, 2017. As vice president, Pence has chaired the National Space Council since it was reestablished in June 2017. In February 2020, Pence was appointed chairman of the White House Coronavirus Task Force, which was established in response to the COVID-19 pandemic in the United States. Pence and Trump lost their bid for re-election in the 2020 United States presidential election to Joe Biden and Kamala Harris, although the Trump campaign refused to concede, made allegations of election fraud, and filed lawsuits in multiple states, most of which have been rejected by the courts. Following the storming of the Capitol by supporters of Trump and despite Trump's urging him to overturn the results, Pence certified the Biden-Harris ticket as the winner of the election. Pence was vilified by Trump and threatened by Trump's supporters for not trying to overturn the election results.