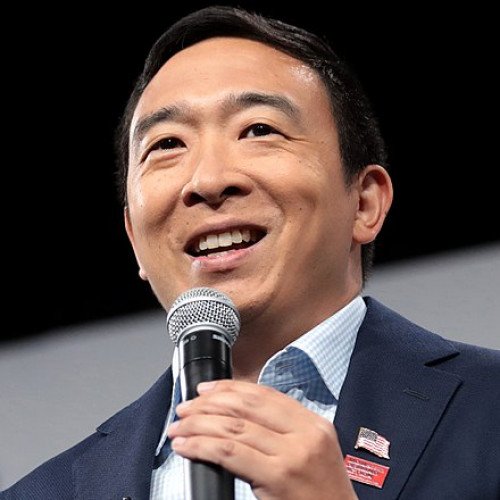 Andrew M. Yang (born January 13, 1975) is an American entrepreneur, politician, philanthropist and Democratic candidate for New York City mayor. Originally a lawyer, Yang began working in startups and early stage growth companies as a founder or executive from 2000 to 2009. In 2011, he founded Venture for America (VFA), a nonprofit organization focused on creating jobs in cities struggling to recover from the Great Recession. He ran in the 2020 Democratic presidential primaries, and is running in the 2021 New York City mayoral election. The son of immigrants from Taiwan, Yang was born and raised in New York. He attended Brown University and then Columbia Law School. Dissatisfied with his work as an attorney, Yang began working for startups during the dot-com bubble before spending a decade as an executive at test preparation company Manhattan Prep. In 2011, Yang founded VFA, which recruits top college graduates into a two-year fellowship program at startups in developing cities across the United States. The Obama administration selected him in 2011 as a "Champion of Change" and in 2015 as a "Presidential Ambassador for Global Entrepreneurship." Yang left VFA in 2017 to focus on his presidential campaign. In 2018, he authored The War on Normal People, which outlines several of his campaign's central ideas. On November 6, 2017, Yang filed with the Federal Election Commission (FEC) to run for President of the United States in the 2020 election. Yang's campaign largely focused on responding to the rapid development of automation, which is increasingly leading to workforce challenges and economic instability in the United States. His signature policy was the "Freedom Dividend," a universal basic income (UBI) of $1,000 a month to every American adult as a response to job displacement by automation, one of the primary factors that he claims led to Donald Trump's election in 2016. Considered a dark horse candidate throughout much of the primary, Yang received significant popularity online, with The New York Times calling him "The Internet's Favorite Candidate". News outlets described Yang as the most surprising candidate of the 2020 election cycle, going from a relative unknown to a major competitor in the race. Yang qualified for and participated in seven of the first eight Democratic debates, and has been credited with elevating discussions on UBI, automation, and autism to the national level, as well as for engaging Asian Americans in presidential politics.Yang's campaign was noted for its happy-go-lucky and "tech-friendly" nature. His supporters, informally known as the "Yang Gang", included several high-profile celebrity endorsements and were noted for their ideological and political diversity. Yang suspended his campaign on February 11, 2020, shortly after the New Hampshire primary, pledging that he and his movement are "just getting started." Following his campaign's end, Yang joined CNN as a political commentator, announced the creation of the political nonprofit organization Humanity Forward, and is running for the Democratic nomination in the 2021 New York City mayoral election. 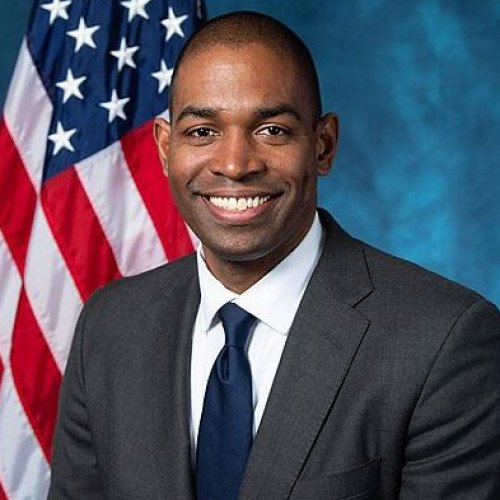 Antonio Ramon Delgado (born January 28, 1977) is an American attorney and politician from the state of New York. A Democrat, he serves as the U.S. Representative for New York's 19th congressional district. The district includes most of the southern and eastern suburbs of the Capital District as well as the majority of the Hudson Valley and Catskills regions. It contains much of the territory that was once represented by current U.S. Senator Kirsten Gillibrand. He is the first person of either African-American or Hispanic descent to be elected to Congress from Upstate New York.