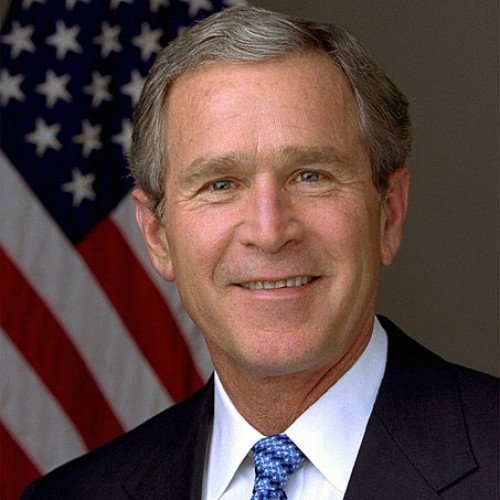 George Walker Bush (born July 6, 1946) is an American politician and businessman who served as the 43rd president of the United States from 2001 to 2009. A member of the Republican Party, he had previously served as the 46th governor of Texas from 1995 to 2000. Born into the Bush family, his father, George H. W. Bush, served as the 41st president of the United States from 1989 to 1993. Bush is the eldest son of Barbara and George H. W. Bush. As such he is the second son of a former United States president to himself become the American president, with the first being John Quincy Adams, the son of John Adams. He flew warplanes in the Texas and Alabama Air National Guard. After graduating from Yale College in 1968 and Harvard Business School in 1975, he worked in the oil industry. Bush married Laura Welch in 1977 and unsuccessfully ran for the U.S. House of Representatives shortly thereafter. He later co-owned the Texas Rangers baseball team before defeating incumbent Ann Richards in the 1994 Texas gubernatorial election. As governor, Bush successfully sponsored legislation for tort reform, increased education funding, set higher standards for schools, and reformed the criminal justice system. Bush also helped make Texas the leading producer of wind powered electricity in the U.S. Bush was elected president in 2000 when he defeated Democratic incumbent Vice President Al Gore after a narrow and contested win that involved a Supreme Court decision to stop a recount in Florida. He became the fourth person to be elected president without a popular vote victory. Upon taking office, Bush pushed through a $1.3 trillion tax cut program and the No Child Left Behind Act, a major education reform bill. He also pushed for socially conservative efforts, such as the Partial-Birth Abortion Ban Act and faith-based welfare initiatives. In response to the September 11 terrorist attacks, Bush created the Department of Homeland Security and launched a "War on Terror" that began with the war in Afghanistan in 2001. He also signed into law the controversial Patriot Act in order to authorize surveillance of suspected terrorists. In 2003, Bush ordered an invasion of Iraq, beginning the Iraq War, with the administration arguing that the Saddam Hussein regime possessed an active weapons of mass destruction (WMD) program, and that the Iraqi government posed a threat to the U.S. Some administration officials falsely claimed that Hussein had an operational relationship with Al-Qaeda, the perpetrators of the 9/11 attack. No stockpiles of WMDs or an active WMD program were ever found in Iraq. Bush also signed into law the Medicare Modernization Act, which created Medicare Part D, and funding for the AIDS relief program known as PEPFAR. Bush was re-elected to a second term in the 2004 presidential election, defeating Democratic Senator John Kerry in a close race. During his second term, Bush reached multiple free trade agreements and successfully nominated John Roberts and Samuel Alito to the Supreme Court. He sought major changes to Social Security and immigration laws, but both efforts failed. The wars in Afghanistan and Iraq continued, and in 2007 he launched a surge of troops in Iraq. Bush received criticism from across the political spectrum for his handling of Hurricane Katrina, and the midterm dismissal of U.S. attorneys. Amid this criticism, the Democratic Party regained control of Congress in the 2006 elections. In December 2007, the U.S. entered the Great Recession, prompting the Bush administration to obtain congressional approval for multiple economic programs intended to preserve the country's financial system, including the Troubled Asset Relief Program (TARP) to buy toxic assets from financial institutions. Bush was among the most popular, as well as unpopular, U.S. presidents in history; he received the highest recorded approval ratings in the wake of the 9/11 attacks, but one of the lowest such ratings during the 2008 financial crisis. Bush finished his second term in office in 2009 and returned to Texas. In 2010, he published his memoir, Decision Points. His presidential library opened in 2013. His presidency has been rated as below-average in historical rankings of U.S. presidents, although his public favorability ratings have improved since leaving office. 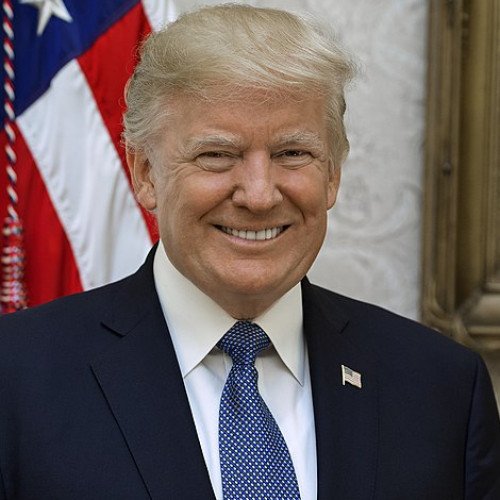 Donald John Trump (born June 14, 1946) is an American politician who was the 45th president of the United States from 2017 to 2021. Before entering politics, he was a businessman and television personality. Born and raised in Queens, New York City, Trump attended Fordham University for two years and received a bachelor's degree in economics from the Wharton School of the University of Pennsylvania. He became the president of his father Fred Trump's real estate business in 1971, which he renamed The Trump Organization; he expanded the company's operations to building and renovating skyscrapers, hotels, casinos, and golf courses. Trump later started various side ventures, mostly by licensing his name. Trump and his businesses have been involved in more than 4,000 state and federal legal actions, including six bankruptcies. He owned the Miss Universe brand of beauty pageants from 1996 to 2015, and produced and hosted the reality television series The Apprentice from 2004 to 2015. Trump's political positions have been described as populist, protectionist, isolationist and nationalist. He entered the 2016 presidential race as a Republican and was elected in an upset victory over Democratic nominee Hillary Clinton while losing the popular vote. He became the first U.S. president without prior military or government service. His election and policies have sparked numerous protests. Trump made many false and misleading statements during his campaigns and presidency, to a degree unprecedented in American politics. Many of his comments and actions have been characterized as racially charged or racist. During his presidency, Trump ordered a travel ban on citizens from several Muslim-majority countries, citing security concerns; after legal challenges, the Supreme Court upheld the policy's third revision. He enacted a tax-cut package for individuals and businesses, rescinding the individual health insurance mandate penalty of the Affordable Care Act (ACA). He appointed Neil Gorsuch, Brett Kavanaugh and Amy Coney Barrett to the Supreme Court. He reacted slowly to the COVID-19 pandemic, downplayed the threat, ignored or contradicted many recommendations from health officials, and promoted false information about unproven treatments and the availability of testing. In foreign policy, Trump pursued an America First agenda: he renegotiated the North American Free Trade Agreement (NAFTA) as the United States–Mexico–Canada Agreement (USMCA) and withdrew the U.S. from the Trans-Pacific Partnership trade negotiations, the Paris Agreement on climate change and the Iran nuclear deal. He imposed import tariffs which triggered a trade war with China, moved the U.S. embassy in Israel to Jerusalem and withdrew U.S. troops from northern Syria. He met three times with North Korean leader Kim Jong-un, but negotiations on denuclearization eventually broke down. A special counsel investigation led by Robert Mueller found that Trump and his campaign benefited from Russian interference in the 2016 presidential election, but did not find sufficient evidence to press charges of criminal conspiracy or coordination with Russia. Mueller also investigated Trump for obstruction of justice and his report neither indicted nor exonerated Trump on that offense. Trump later pardoned five people who were convicted as a result of the Russia investigation. After Trump solicited Ukraine to investigate his political rival Joe Biden, the House of Representatives impeached him in December 2019 for abuse of power and obstruction of Congress. The Senate, after refusing to hear witness testimony, acquitted him of both charges in February 2020. Trump lost the 2020 presidential election to Biden but refused to concede defeat. He attempted to overturn the results by making false claims of electoral fraud, pressuring government officials, mounting dozens of unsuccessful legal challenges and obstructing the presidential transition. Hours before the ceremonial counting of the electoral votes on January 6, 2021, Trump rallied his supporters and exhorted them to march to the Capitol, which they then stormed. Five deaths resulted, and Congress was evacuated. Seven days later, the House of Representatives impeached him again, for "incitement of insurrection", making him the only American federal officeholder to be impeached twice.