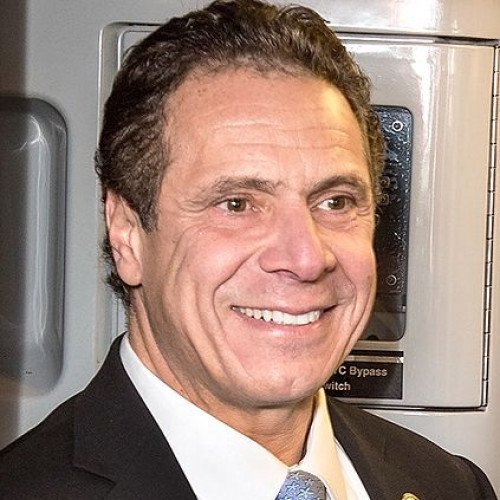 Andrew Mark Cuomo (; Italian: [ˈkwɔːmo]; born December 6, 1957) is an American politician, author and lawyer serving as the 56th and current governor of New York since 2011. A member of the Democratic Party, he was elected to the same position his father, Mario Cuomo, held for three terms. He has served as Chair of the National Governors Association since August 2020. Born in Queens, New York City, Cuomo is a graduate of Fordham University and Albany Law School of Union University, New York. He began his career working as the campaign manager for his father, then as an assistant district attorney in New York City before entering private law practice. He founded Housing Enterprise for the Less Privileged (HELP USA) and was appointed chair of the New York City Homeless Commission, a position he held from 1990 to 1993. Cuomo served as Assistant Secretary of Housing and Urban Development for Community Planning and Development from 1993 to 1997. From 1997 to 2001, he served in President Bill Clinton's Cabinet as the 11th United States secretary of housing and urban development. In 2006, Cuomo was elected Attorney General of New York. Cuomo won the 2010 New York gubernatorial election to become Governor of New York and has been reelected twice after winning primaries against liberal challengers Zephyr Teachout (2014) and Cynthia Nixon (2018). During his governorship, Cuomo oversaw the passage of the 2011 Marriage Equality Act, introducing same-sex marriage in New York, and the 2014 Compassionate Care Act, legalizing medical marijuana. In response to the Sandy Hook Elementary School shooting and the 2012 Webster shooting, Cuomo signed the NY SAFE Act of 2013, the strictest gun control law in the United States. He co-founded the United States Climate Alliance, a group of states committed to fighting climate change by following the terms of the Paris Climate Accords. He also delivered Medicaid expansion under the Affordable Care Act; a 2011 tax code that raised taxes for the wealthy and lowered taxes for the middle class; 12-week paid family leave along with a gradual increase of the state's minimum wage to $15; and pay equity. Cuomo received national attention for his handling of the COVID-19 pandemic in New York. 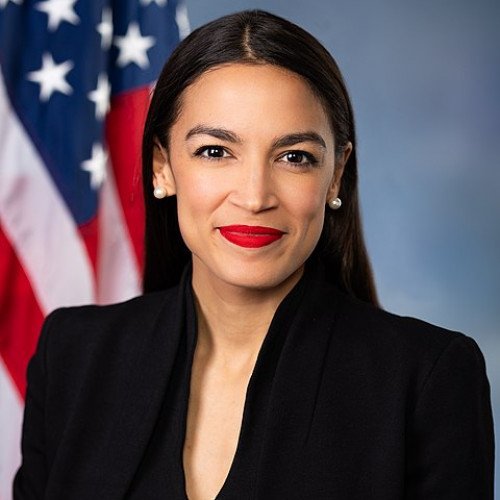 Alexandria Ocasio-Cortez (Spanish: [oˈkasjo koɾˈtes]; born October 13, 1989), also known by her initials AOC, is an American politician serving as the U.S. representative for New York's 14th congressional district since 2019. The district includes the eastern part of the Bronx, portions of north-central Queens, and Rikers Island in New York City. She is a member of the Democratic Party. Ocasio-Cortez drew national recognition when she won the Democratic Party's primary election for New York's 14th congressional district on June 26, 2018. She defeated Democratic Caucus Chair Joe Crowley, a 10-term incumbent, in what was widely seen as the biggest upset victory in the 2018 midterm election primaries. She defeated Republican opponent Anthony Pappas in the November 2018 general election. She was reelected in the 2020 election, defeating John Cummings. Taking office at age 29, Ocasio-Cortez is the youngest woman ever to serve in the United States Congress. She has been noted for her substantial social media presence relative to her fellow members of Congress. Ocasio-Cortez attended Boston University, where she double-majored in international relations and economics, graduating cum laude. She was previously an activist and worked as a waitress and bartender before running for Congress in 2018. Ocasio-Cortez is among the first female members of the Democratic Socialists of America elected to serve in Congress, along with Rashida Tlaib. She advocates a progressive platform that includes Medicare for All, a federal jobs guarantee, the Green New Deal, and abolishing the U.S. Immigration and Customs Enforcement (ICE).