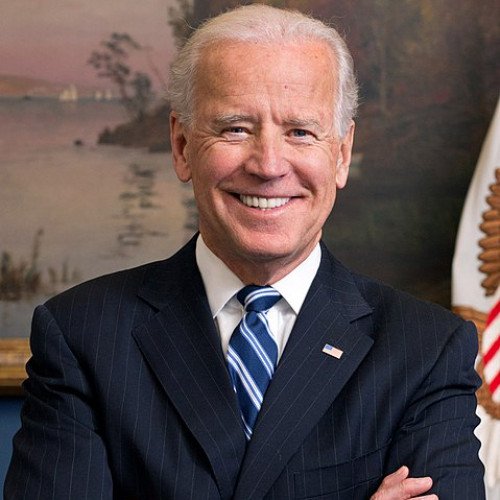 Joseph Robinette Biden Jr. ( BY-dən; born November 20, 1942) is an American politician serving as the 46th and current president of the United States. A member of the Democratic Party, he served as the 47th vice president from 2009 to 2017 under Barack Obama and represented Delaware in the United States Senate from 1973 to 2009. Raised in Scranton, Pennsylvania, and New Castle County, Delaware, Biden studied at the University of Delaware before earning his law degree from Syracuse University in 1968. He was elected to the New Castle County Council in 1970 and became the sixth-youngest senator in American history when he was elected to the U.S. Senate from Delaware in 1972, at the age of 29. Biden was a longtime member of the Senate Foreign Relations Committee and eventually became its chairman. He also chaired the Senate Judiciary Committee from 1987 to 1995, dealing with drug policy, crime prevention, and civil liberties issues; led the effort to pass the Violent Crime Control and Law Enforcement Act and the Violence Against Women Act; and oversaw six U.S. Supreme Court confirmation hearings, including the contentious hearings for Robert Bork and Clarence Thomas. He ran unsuccessfully for the Democratic presidential nomination in 1988 and again in 2008. Biden was reelected to the Senate six times, and was the fourth-most senior senator when he resigned to serve as Barack Obama's vice president after they won the 2008 presidential election; Obama and Biden were reelected in 2012. As vice president, Biden oversaw infrastructure spending in 2009 to counteract the Great Recession. His negotiations with congressional Republicans helped pass legislation including the 2010 Tax Relief Act, which resolved a taxation deadlock; the Budget Control Act of 2011, which resolved a debt ceiling crisis; and the American Taxpayer Relief Act of 2012, which addressed the impending "fiscal cliff". He also led efforts to pass the United States–Russia New START treaty and helped formulate U.S. policy toward Iraq through the withdrawal of U.S. troops in 2011. In January 2017, Obama awarded Biden the Presidential Medal of Freedom with distinction, making him the first president to have received the accolade prior to taking office. In April 2019, Biden announced his candidacy in the 2020 presidential election, his third presidential campaign. Biden became the presumptive Democratic nominee in April 2020 and reached the delegate threshold needed to secure the nomination in June 2020. In August, he announced his choice of U.S. senator Kamala Harris as his running mate. Biden and Harris won the general election with 306 electoral votes to Donald Trump's 232. Biden is the oldest sitting president, the first from Delaware, and the second Catholic (the first was John F. Kennedy). 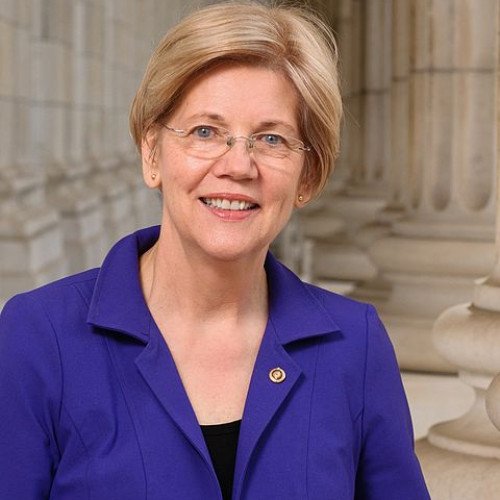 Elizabeth Ann Warren (née Herring; born June 22, 1949) is an American politician and former law professor (specializing in bankruptcy law) serving as the senior United States senator from Massachusetts, serving since 2013. A member of the Democratic Party and regarded as a progressive, Warren has focused on consumer protection, economic opportunity, and the social safety net while in the Senate. She was a candidate in the 2020 Democratic Party presidential primaries. Warren is a graduate of the University of Houston and Rutgers Law School and has taught law at several universities, including the University of Houston, the University of Texas at Austin, the University of Pennsylvania, and Harvard University. She was one of the most influential professors of bankruptcy law before beginning her political career. Warren has written eleven books and more than 100 articles.Her first foray into public policy began in 1995, when she worked to oppose what eventually became a 2005 act restricting bankruptcy access for individuals. During the late 2000s, Warren's national profile grew following her forceful public stances in favor of more stringent banking regulations after the financial crisis of 2007–08. She served as chair of the Congressional Oversight Panel of the Troubled Asset Relief Program, and she proposed and established the Consumer Financial Protection Bureau, for which she served as the first special advisor under President Barack Obama. In 2012, Warren defeated incumbent Republican Scott Brown and became the first female U.S. senator from Massachusetts. She won reelection by a wide margin in 2018, defeating Republican nominee Geoff Diehl. On February 9, 2019, Warren announced her candidacy in the 2020 United States presidential election. She was briefly considered the front-runner for the Democratic nomination in late 2019, but support for her campaign dwindled. She withdrew from the race on March 5, 2020, after Super Tuesday.