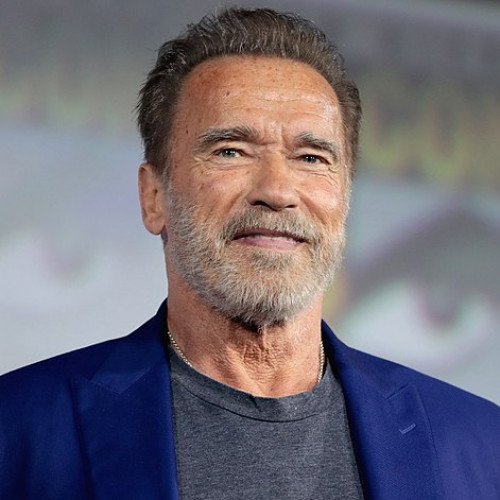 Arnold Alois Schwarzenegger (; German: [ˈaʁnɔlt ˈʃvaʁtsn̩ˌʔɛɡɐ]; born July 30, 1947) is an Austrian-American actor, businessman, retired professional bodybuilder and former politician who served as the 38th Governor of California from 2003 to 2011. As of 2021, he is the most recent Republican governor of California. Schwarzenegger began lifting weights at the age of 15, and went on to win the Mr. Universe title at age 20 before winning the Mr. Olympia contest seven times; he remains a prominent presence in bodybuilding and has written many books and articles on the sport. The Arnold Sports Festival, considered the second-most important bodybuilding event after Mr. Olympia, is named after him. He is widely regarded as one of the greatest bodybuilders of all time, as well as the sport's most charismatic and famous ambassador.Schwarzenegger gained worldwide fame as a Hollywood action film icon. After appearing in the bodybuilding documentary Pumping Iron (1977), his breakthrough film was the sword-and-sorcery epic Conan the Barbarian (1982), a box-office hit that resulted in a sequel in 1984. He appeared as the title character in James Cameron's critically and commercially successful science fiction film The Terminator (1984), and subsequently played similar characters in the sequel films Terminator 2: Judgment Day (1991), Terminator 3: Rise of the Machines (2003), Terminator Genisys (2015) and Terminator: Dark Fate (2019). He also starred in other successful action films such as Commando (1985), The Running Man (1987), Predator (1987), Total Recall (1990) and True Lies (1994), in addition to comedy films such as Twins (1988), Kindergarten Cop (1990), Junior (1994) and Jingle All the Way (1996). As a Republican candidate, Schwarzenegger was first elected on October 7, 2003, in a special recall election to replace then-Governor Gray Davis, with 48.6% of the vote, 17 points ahead of Democrat runner-up Cruz Bustamante. He was sworn in on November 17 to serve the remainder of Davis' term. Schwarzenegger was re-elected in the 2006 California gubernatorial election with an increased vote share of 55.9%, to serve a full term as governor. In 2011, he reached his term limit as Governor and returned to his career in acting. Schwarzenegger was nicknamed the "Austrian Oak" in his bodybuilding days, "Arnie" or "Schwarzy" during his acting career, and "The Governator" (a portmanteau of "Governor" and "Terminator") during his political career. He married Maria Shriver, the niece of 35th U.S. President John F. Kennedy, in 1986. They separated in 2011 after he admitted to having fathered an illegitimate child with their housemaid in 1997, and their divorce was finalized in 2017. The name of his production company is Oak Productions. 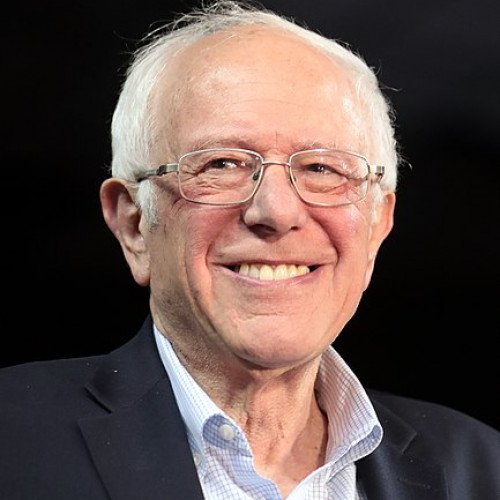 Bernard Sanders (born September 8, 1941) is an American politician who has been the junior United States senator from Vermont since 2007 and as U.S. Representative for the state's at-large congressional district from 1991 to 2007. He is the longest-serving independent in U.S. congressional history, although he has a close relationship with the Democratic Party, having caucused with House and Senate Democrats for most of his congressional career. Sanders unsuccessfully sought the Democratic Party nomination for president of the United States in 2016 and 2020, finishing in second place in both campaigns. Before his election to Congress, he was mayor of Burlington, Vermont. An advocate of social democratic and progressive policies, Sanders is known for his opposition to economic inequality and neoliberalism. On domestic policy, he supports labor rights, universal and single-payer healthcare, paid parental leave, tuition-free tertiary education, and an ambitious Green New Deal to create jobs addressing climate change. On foreign policy, he supports reducing military spending, pursuing more diplomacy and international cooperation, and putting greater emphasis on labor rights and environmental concerns when negotiating international trade agreements. Sanders describes himself as a democratic socialist, supports workplace democracy, and has praised elements of the Nordic model. Some commentators have described his politics as aligned with the New Deal policies of President Franklin D. Roosevelt and left-wing populism. Sanders has been credited with influencing a leftward shift in the Democratic Party since his 2016 presidential campaign. Sanders was born into a working-class Jewish family and raised in the Brooklyn borough of New York City. He attended Brooklyn College before graduating from the University of Chicago in 1964. While a student, he was an active protest organizer for the Congress of Racial Equality as well as for the Student Nonviolent Coordinating Committee during the civil rights movement. After settling in Vermont in 1968, he ran unsuccessful third-party political campaigns in the early to mid-1970s. He was elected mayor of Burlington in 1981 as an independent and was reelected three times. He won election to the U.S. House of Representatives in 1990, representing Vermont's at-large congressional district, later co-founding the Congressional Progressive Caucus. He served as a U.S. Representative for 16 years before being elected to the U.S. Senate in 2006. Sanders was reelected to the Senate in 2012 and 2018. Sanders was a major candidate for the Democratic presidential nomination in 2016 and 2020. Despite initially low expectations, his 2016 campaign generated significant grassroots enthusiasm and funding from small-dollar donors, carrying Sanders to victory against eventual nominee Hillary Clinton in 23 primaries and caucuses before he conceded in July. In 2020, Sanders's strong showing in early primaries and caucuses briefly made him the front-runner in a historically large field of Democratic candidates. In April 2020, he conceded the nomination to Joe Biden, who had won a series of decisive victories as the field narrowed. Sanders endorsed Clinton and Biden in their general election campaigns against Donald Trump while continuing his efforts to move the Democratic Party in a more progressive direction.