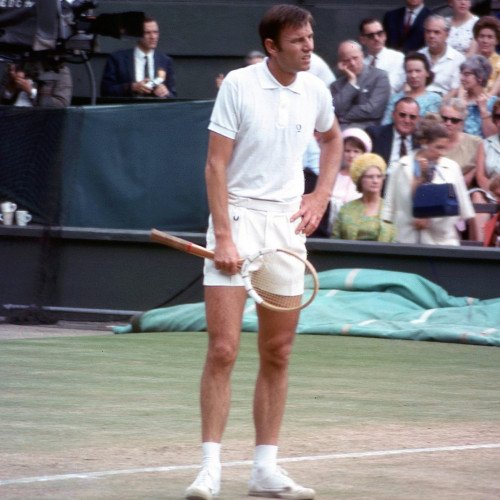 Roy Stanley Emerson (born 3 November 1936) is an Australian former tennis player who won 12 Grand Slam singles titles and 16 Grand Slam doubles titles, for a total of 28 Grand Slam tournament titles. He is the only male player to have completed a career Grand Slam (winning titles at all four Grand Slam events) in both singles and doubles, and first of two men (the other being Rod Laver) to have completed a double career Grand Slam in singles. His 28 major titles are the all-time record for a male player. In 1964, he was ranked world No. 1. Emerson was the first male player to win 12 majors. He held that record for 30 years until it was passed by Pete Sampras in 2000 and later by Federer, Nadal and Djokoivc. He also held the record of six Australian Open men's singles titles until 2019 when Novak Djokovic won his seventh title. Emerson won five of them consecutively (1963–67), a record still unbroken to this day. Emerson is one of only five tennis players all-time to win multiple slam sets in two disciplines, only matched by Frank Sedgman, Margaret Court, Martina Navratilova and Serena Williams. 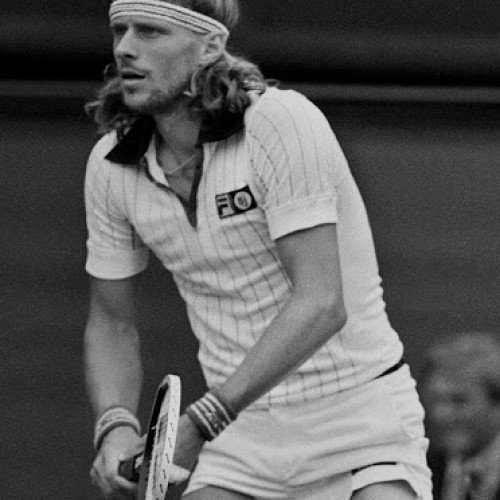 Björn Rune Borg (Swedish pronunciation: [ˈbjœːɳ ˈbɔrj] (listen); born 6 June 1956) is a former world No. 1 tennis player from Sweden. Between 1974 and 1981, he became the first man in the Open Era to win 11 Grand Slam singles titles (six at the French Open and five consecutive at Wimbledon), but he was never able to win the US Open in four finals appearances. He is the first male player to win five Wimbledon titles in the Open Era. He won four consecutive French Open (1978–81) and is 6–0 in French Open finals. He is one of two male players, along with Roger Federer, to appear in French Open and Wimbledon finals for four consecutive years (1978–81) and only one to win both of them for three consecutive years (1978–80). He also won three year-end championships and 16 Grand Prix Super Series titles. Overall, he set numerous records that still stand. Borg was the first player to win six French Open singles titles. He is considered to have been the No. 1 player in the world for 1977, 1978, 1979 and 1980.A teenage sensation at the start of his career, Borg's unprecedented stardom and consistent success helped propel the rising popularity of tennis during the 1970s. As a result, the professional tour became more lucrative, and in 1979, he was the first player to earn more than one million dollars in prize money in a single season. He also made millions in endorsements throughout his career. However, the constant attention and pressure eventually caused burnout and his retirement at the age of 26.