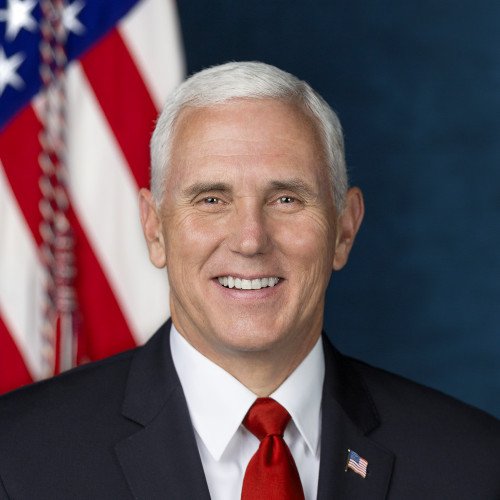 Michael Richard Pence (born June 7, 1959) is an American politician and lawyer serving as the 48th and current vice president of the United States, since 2017. He was the 50th governor of Indiana from 2013 to 2017 and served six terms in the U.S. House of Representatives from 2001 to 2013. Pence was born and raised in Columbus, Indiana, and is the younger brother of U.S. representative Greg Pence. He graduated from Hanover College and earned a law degree from the Indiana University Robert H. McKinney School of Law before entering private practice. After losing two bids for a congressional seat in 1988 and 1990, he became a conservative radio and television talk show host from 1994 to 1999. Pence was elected to the U.S. House of Representatives in 2000 and represented Indiana's 2nd and 6th congressional districts from 2001 to 2013. He served as the chairman of the House Republican Conference from 2009 to 2011. Pence described himself as a "principled conservative" and supporter of the Tea Party movement, saying he was "a Christian, a conservative, and a Republican, in that order".Pence successfully sought the Republican nomination for the 2012 Indiana gubernatorial election when term-limited Mitch Daniels retired. He defeated former Indiana House speaker John R. Gregg in the closest gubernatorial election in 50 years. Upon becoming governor in January 2013, Pence initiated the largest tax cut in Indiana's history and pushed for more funding for education initiatives. Pence signed bills intended to restrict abortions, including one that prohibited abortions if the reason for the procedure was the fetus's race, gender, or disability. After Pence signed the Religious Freedom Restoration Act (RFRA), he encountered fierce resistance from moderate members of his party, the business community, and LGBT advocates. The backlash against the RFRA led Pence to amend the bill to prohibit discrimination based on sexual orientation, gender identity, and other criteria. Pence withdrew his gubernatorial reelection campaign in July 2016 to become the running mate of Republican presidential nominee Donald Trump, who went on to win the 2016 presidential election. He was inaugurated as vice president of the United States on January 20, 2017. In February 2020, Pence was appointed chairman of the White House Coronavirus Task Force, which was established in response to the COVID-19 pandemic in the United States. 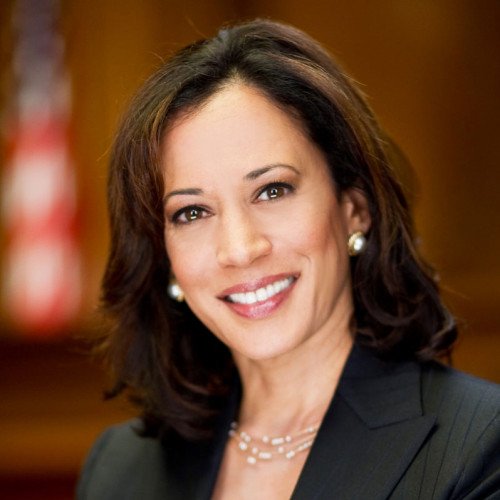 Kamala Devi Harris ( KAH-mə-lə, born October 20, 1964) is an American politician and attorney who has served as the junior United States senator from California since 2017. She is the Democratic vice presidential nominee for the 2020 election. Born in Oakland, California, Harris graduated from Howard University and the University of California, Hastings College of the Law. She began her career in the Alameda County District Attorney's Office, before being recruited to the San Francisco District Attorney's Office and later the City Attorney of San Francisco's office. In 2003, she was elected district attorney of San Francisco. She was elected attorney general of California in 2010 and re-elected in 2014. She defeated Loretta Sanchez in the 2016 Senate election to become the second African American woman and the first South Asian American to serve in the United States Senate. As a senator, she has advocated for healthcare reform, federal descheduling of cannabis, a path to citizenship for undocumented immigrants, the DREAM Act, a ban on assault weapons, and progressive tax reform. She gained a national profile for her pointed questioning of Trump administration officials during Senate hearings, including Trump's second Supreme Court nominee Brett Kavanaugh, who was accused of sexual assault.Harris ran for the 2020 Democratic presidential nomination and attracted national attention before ending her campaign on December 3, 2019. She was announced as former vice president Joe Biden's running mate in the 2020 election on August 11, 2020. She is the first African American, the first Asian American, and the third female vice presidential running mate on a major party ticket after Geraldine Ferraro and Sarah Palin, respectively.