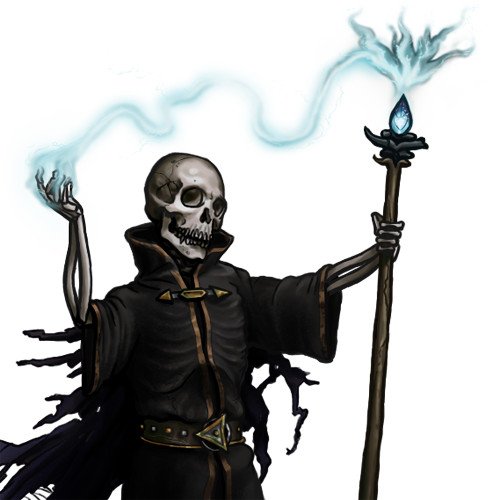 In fantasy fiction, a lich (; from Old English līċ meaning "corpse") is a type of undead creature. Various works of fantasy fiction, such as Clark Ashton Smith's "The Empire of the Necromancers" (1932), had used lich as a general term for any corpse, animated or inanimate, before the term's specific use in fantasy role-playing games. The more recent use of the term lich for a specific type of undead creature originates from the 1976 Dungeons & Dragons role-playing game booklet Greyhawk, written by Gary Gygax and Rob Kuntz.Often such a creature is the result of a wilful transformation, as a powerful wizard skilled in necromancy who seeks eternal life uses rare substances in a magical ritual to become undead. Unlike zombies, which are often depicted as mindless, a lich is sapient, retaining their previous intelligence and magical abilities. Liches are often depicted as holding power over lesser undead soldiers and servants. 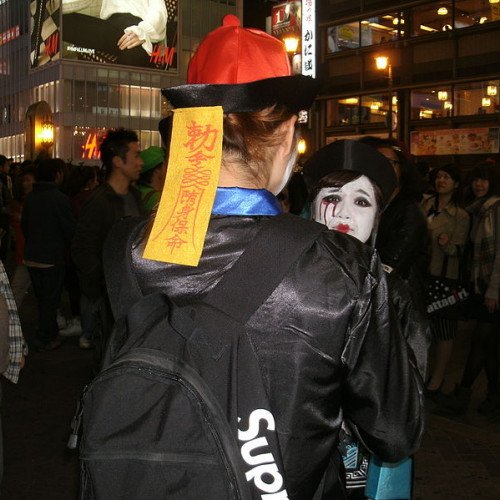 A jiangshi, also known as a Chinese hopping vampire or hopping zombie, is a type of reanimated corpse in Chinese legends and folklore. The characters for "jiangshi" are read geung-si in Cantonese, cương thi in Vietnamese, and gangsi in Korean. It is also known as phi dip chin in Thai, hantu pocong in Malay, and vampir cina in Indonesia. It is typically depicted as a stiff corpse dressed in official garments from the Qing Dynasty, and it moves around by hopping with its arms outstretched. It kills living creatures to absorb their qi, or "life force", usually at night, while during the day, it rests in a coffin or hides in dark places such as caves. Jiangshi legends have inspired a genre of jiangshi films and literature in Hong Kong and East Asia.