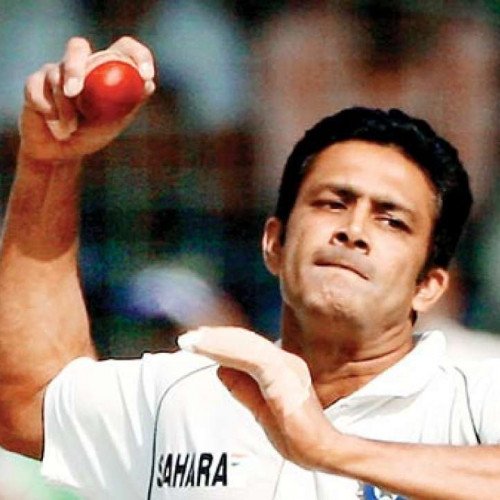 Anil Kumble (pronunciation ; born 17 October 1970) is a former Indian cricketer, coach, and commentator, who played Tests and ODIs for 18 years. A right-arm leg spin (leg break googly) bowler, he took 619 wickets in Test cricket and remains the third-highest wicket taker of all time (as of 2020, behind Muttiah Muralitharan and Shane Warne). In 1999 while playing against Pakistan, Kumble dismissed all ten batsmen in a Test match innings, joining England's Jim Laker as the only players to achieve the feat. Unlike his contemporaries, Kumble was not a big turner of the ball, but relied primarily on pace, bounce, and accuracy. He was nicknamed "Jumbo". Kumble was selected as the Cricketer of the Year in 1993 Indian Cricket, and one of the Wisden Cricketers of the Year three years later. 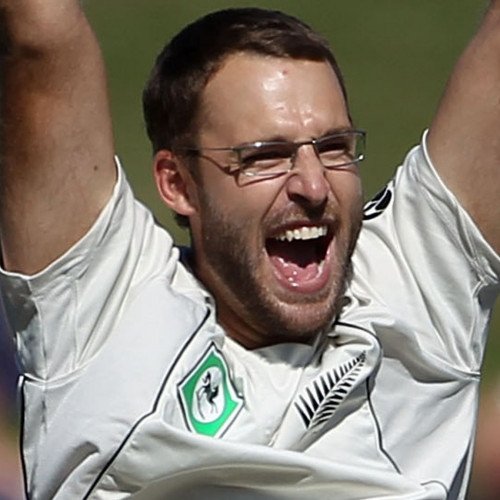 Daniel Luca Vettori (born 27 January 1979) is a former cricketer who played for the New Zealand cricket team in all formats and currently is the spin bowling coach of the Bangladesh national cricket team. He is the 200th Test cap for New Zealand. He was the captain of New Zealand between 2007 and 2011. Vettori is the eighth player in Test history to take 300 wickets and score 3,000 runs. He is the youngest player to have represented New Zealand in Test cricket, having made his debut in 1996–97 at the age of 18, and New Zealand's most-capped test cricketer with 112 caps, and New Zealand's most capped One-Day cricketer with 284 caps. Vettori was a bowling all-rounder who bowled slow left-arm orthodox spin. He is known for his accuracy, flight and guile rather than prodigious turn, and also his speed variation. Vettori announced his retirement from all forms of international cricket following the 2015 Cricket World Cup.