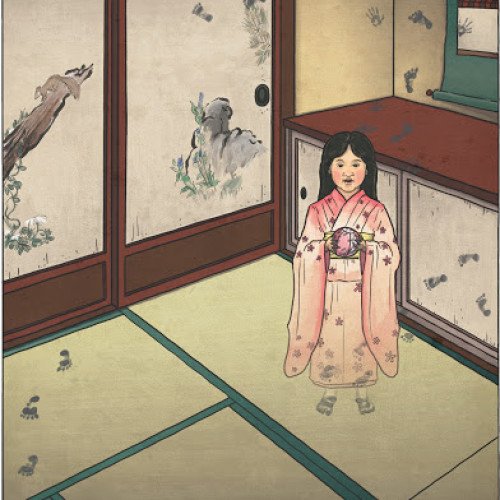 Zashiki-warashi (座敷童子, or 座敷童, "parlor child"), sometimes also called Zashiki Bokko (座敷ぼっこ, "parlor boyo"), are spirit-like beings told about mostly in the Iwate Prefecture. They are said to be yokai that live in parlors or storage rooms, and that perform pranks, and that people who see one would be visited with good fortune. There are also legends of how they would bring fortune to families. They are also known from Kunio Yanagita's Tōno Monogatari, Ishigami Mondō, and stories about them appear in the 17th and 18th chapters of the Tōno Monogatari and the 87th chapter titled "Zashiki-warashi" of the Tōno Monogatari Shūi. In the 17th chapter, it is written "families with whom this spirit dwells become prosperous" (kono kami no yadoritamafu ihe ha fūki jizai nari to ifu koto nari). In recent years, television programs and magazines have reported about various Iwate Prefecture ryokan where it is said to be possible to see a zashiki-warashi, such as the Ryokufūsō, the Sugawara Bekkan, and the Warabe. 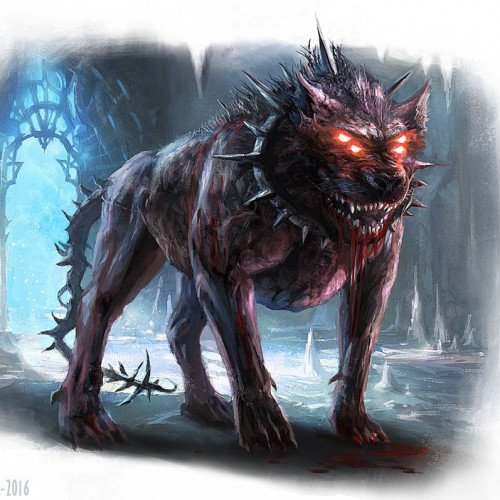 In Norse mythology, Garmr or Garm (Old Norse "rag") is a wolf or dog associated with both Hel and Ragnarök, and described as a blood-stained guardian of Hel's gate.