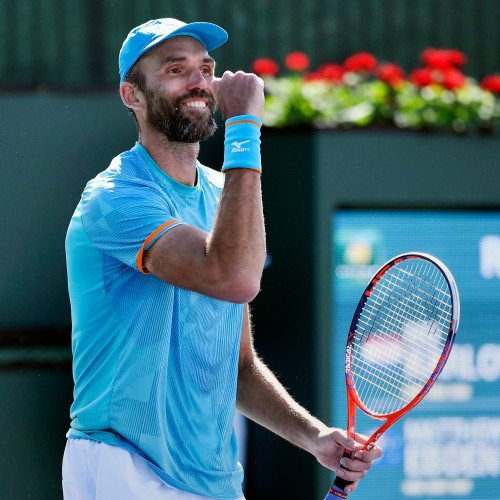 Ivo Karlović (Croatian pronunciation: [ǐːʋo kâːrloʋitɕ]; born 28 February 1979, in Zagreb) is a Croatian professional tennis player. He has won eight ATP singles titles between 2007 and 2016. Karlović's height of 211 cm (6 ft 11 in) makes him the joint tallest ranked tennis player in history, along with Reilly Opelka.He is a serve-and-volleyer and officially held the record for the fastest serve recorded in professional tennis, measured at 251 km/h (156 mph), before being surpassed unofficially by Samuel Groth in 2012, and officially by John Isner in 2016.In his prime, he was considered one of the best servers on tour, holding the all-time record for career aces with 13,619. This makes him one of only four players in history to surpass 10,000 aces. His height enables him to serve with high speed and unique trajectory. 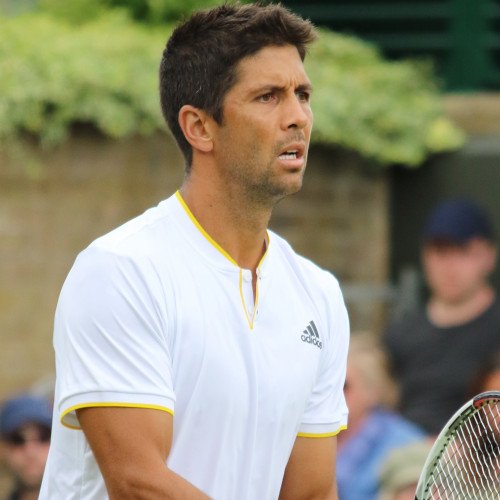 Fernando Verdasco Carmona (Spanish pronunciation: [feɾˈnando βeɾˈðasko kaɾˈmona]; (born 15 November 1983) is a Spanish professional tennis player. His career-high singles ranking is world No. 7, achieved in April 2009. His best performance in a Grand Slam was making the semifinals of the 2009 Australian Open, where he lost to compatriot and eventual champion Rafael Nadal in five sets. The match itself has been considered one of the greatest Grand Slam semifinals of all time.Verdasco started playing tennis at four years of age and had a full-time coach when he was eight. As of 2009, Verdasco has been working in Las Vegas with Andre Agassi and his team, including Darren Cahill (Agassi's former coach) and Gil Reyes (Agassi's fitness coach).