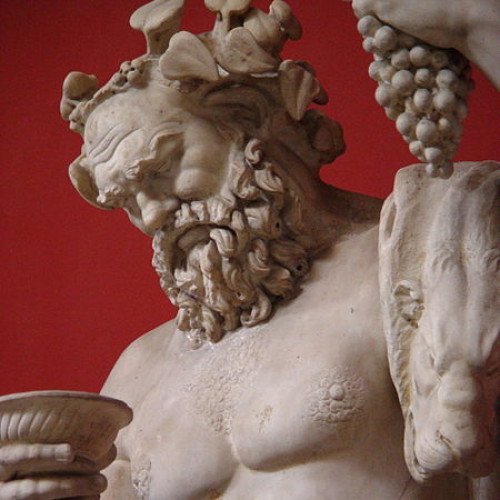 In Greek mythology, Silenus (; Ancient Greek: Σειληνός, romanized: Seilēnós, IPA: [seːlɛːnós]) was a companion and tutor to the wine god Dionysus. He is typically older than the satyrs of the Dionysian retinue (thiasos), and sometimes considerably older, in which case he may be referred to as a Papposilenus. The plural sileni refers to the mythological figure as a type that is sometimes thought to be differentiated from a satyr by having the attributes of a horse rather than a goat, though usage of the two words is not consistent enough to permit a sharp distinction. The etymology of God Seilenos is coming from σείω - shake, move to and fro and ληνός - wine, and meaning "Shattering, drunken god of wine." Undoubtedly, Seilenos presides over other demons and is related to musical creativity, prophetic ecstasy, drunken joy, drunken dances and gestures. 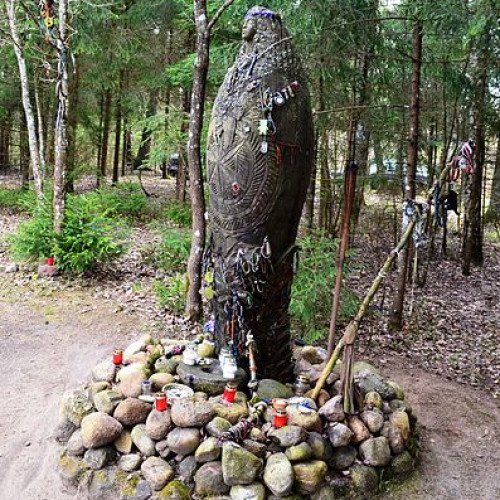 Žemyna (from Lithuanian: žemė – earth) is the goddess of the earth in Lithuanian religion. She is usually regarded as mother goddess and one of the chief Lithuanian gods similar to Latvian Zemes māte. Žemyna personifies the fertile earth and nourishes all life on earth, human, plant, and animal. All that is born of earth will return to earth, thus her cult is also related to death. As the cult diminished after baptism of Lithuania, Žemyna's image and functions became influenced by the cult of Virgin Mary.