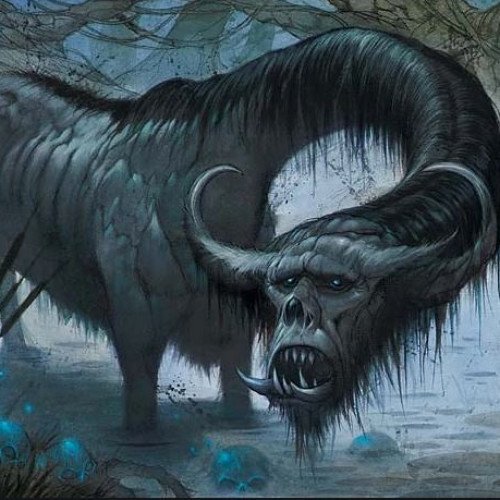 The catoblepas (pl. catoblepones; from the Greek καταβλέπω (katablépō) "to look downwards") is a legendary creature from Ethiopia, first described by Pliny the Elder and later by Claudius Aelianus. It is said to resemble a cape buffalo, with its head always pointing downwards due to its great weight. Its stare or breath could either turn people into stone, or kill them. The catoblepas is often thought to be based on real-life encounters with wildebeest, such that some dictionaries say that the word is synonymous with "gnu". It is also known as an African version of a Gorgon. 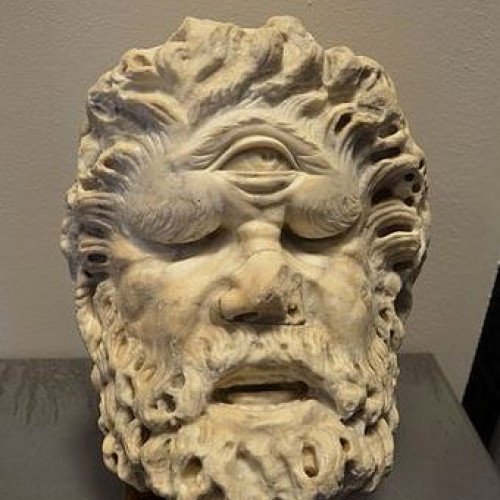 In Greek mythology and later Roman mythology, the Cyclopes ( sy-KLOH-peez; Greek: Κύκλωπες, Kýklōpes, "Circle-eyes" or "Round-eyes"; singular Cyclops SY-klops; Κύκλωψ, Kýklōps) are giant one-eyed creatures. Three groups of Cyclopes can be distinguished. In Hesiod's Theogony, they are the brothers Brontes, Steropes, and Arges, who provided Zeus with his weapon the thunderbolt. In Homer's Odyssey, they are an uncivilized group of shepherds, the brethren of Polyphemus encountered by Odysseus. Cyclopes were also famous as the builders of the Cyclopean walls of Mycenae and Tiryns. The fifth-century BC playwright Euripides wrote a satyr play entitled Cyclops, about Odysseus' encounter with Polyphemus. Mentions of the Hesiodic and the wall-builder Cyclopes also figure in his plays. The third-century BC poet Callimachus makes the Hesiodic Cyclopes the assistants of smith-god Hephaestus. So does Virgil in his Latin epic Aeneid, where he seems to equate the Hesiodic and Homeric Cyclopes. From at least the fifth-century BC, Cyclopes have been associated with the island of Sicily and the volcanic Aeolian Islands.