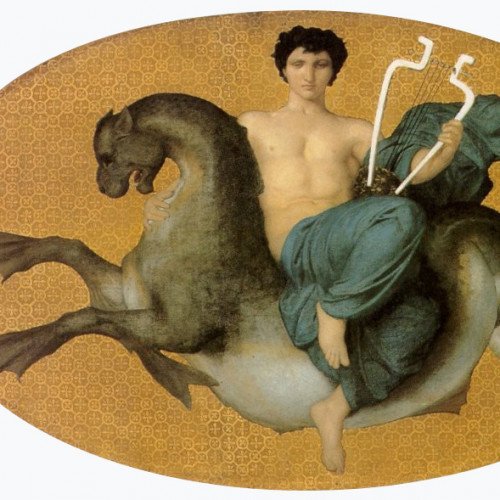 In Greek mythology, Arion or Areion (Ancient Greek: 'Ἀρίων, Ἀρείων, is a divinely-bred, fabulously fast, black-maned horse. He saved the life of Adrastus, king of Argos, during the war of the Seven against Thebes.Arion was (by most accounts) the offspring of Poseidon and Demeter. When the goddess Demeter was searching for her daughter Persephone, she was pursued by Poseidon. To escape Poseidon, Demeter turned herself into a mare and hid among the mares of Oncius, king of Thelpusa in Arcadia. But Poseidon turned himself into a stallion and mated with Demeter, producing Arion. Other accounts had Arion as the Offspring of Gaia (Earth), or of Zephyrus and a Harpy.Arion was given to the hero Heracles who rode Arion into battle during his expedition to Elis, and also during his combat with Ares' son Cycnus. Later Heracles gave Arion to Adrastus, the king of Argos. Adastus took Arion with him on the disastrous expedition of the Seven against Thebes. On the way to Thebes, Arion competed and finished first in the first Nemean Games. At Thebes, when the battle was lost, Arion quickly spirited his master Adrastus away from the battlefield, saving his life, when all the other leaders of the expedition were killed. 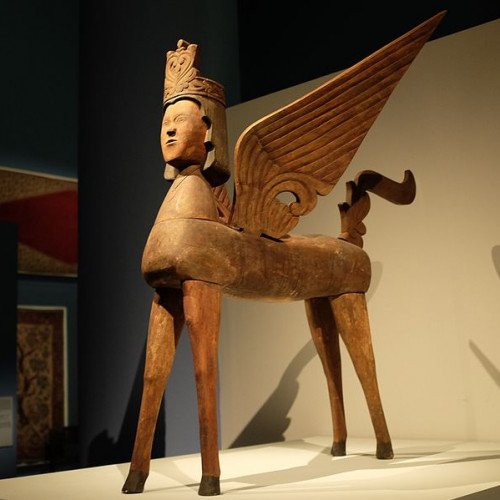 The Burāq (Arabic: الْبُرَاق al-Burāq or /ælˈbʊrɑːk/ "lightning" or more generally "bright") is a mythical creature in Islamic tradition that was said to be a transport for certain prophets. Most notably hadith accounts about the Isra and Mi'raj recount that the Buraq carried the Islamic prophet Muhammad from Mecca to Jerusalem and up in the heavens and back by night.