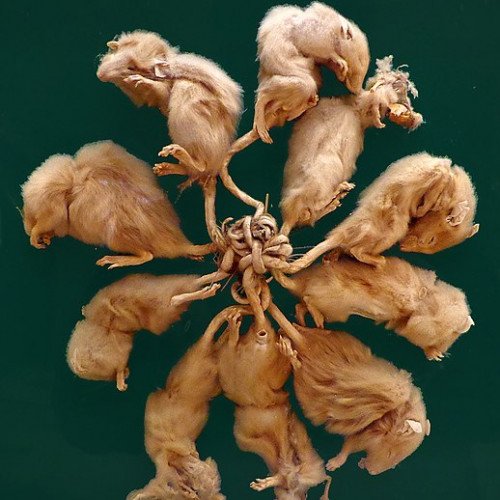 A rat king is a collection of rats whose tails are intertwined and bound together by one of several possible mechanisms, such as entangling material like hair or sticky substances like sap or gum or getting tied together. Historically, this alleged phenomenon is particularly associated with Germany. There are several specimens preserved in museums but very few instances of rat kings have been observed in modern times. A similar phenomenon with squirrels has been observed, which has had modern documented examples. In folklore, rat kings are associated with various superstitions and were often seen as a bad omen, particularly associated with plagues. 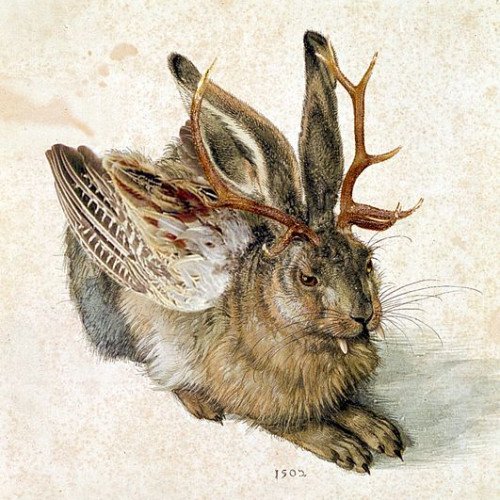 In German folklore, a wolpertinger (also called wolperdinger or woiperdinger) is an animal said to inhabit the alpine forests of Bavaria and Baden-Württemberg in southern Germany.