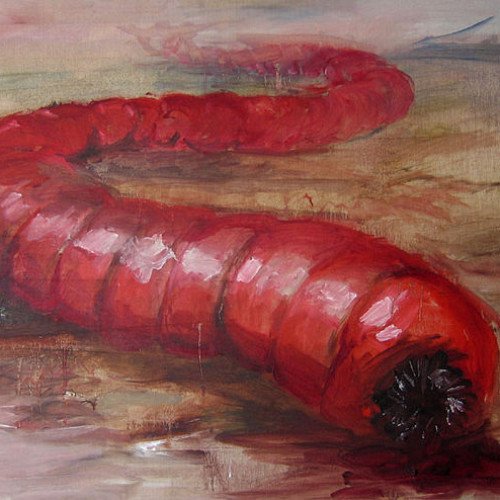 The Mongolian death worm (Mongolian: олгой-хорхой, olgoi-khorkhoi, "large intestine worm") is a creature alleged to exist in the Gobi Desert. The creature first came to Western attention as a result of Roy Chapman Andrews's 1926 book On the Trail of Ancient Man. The American paleontologist described second-hand tales of the monster that he heard at a gathering of Mongolian officials: "None of those present ever had seen the creature, but they all firmly believed in its existence and described it minutely."In 1983 a specimen of Tartar sand boa (Eryx tataricus) was shown to locals who claimed to have seen "olgoi-khorkhoi" and they confirmed that this was the animal they called "olgoi-khorkhoi". 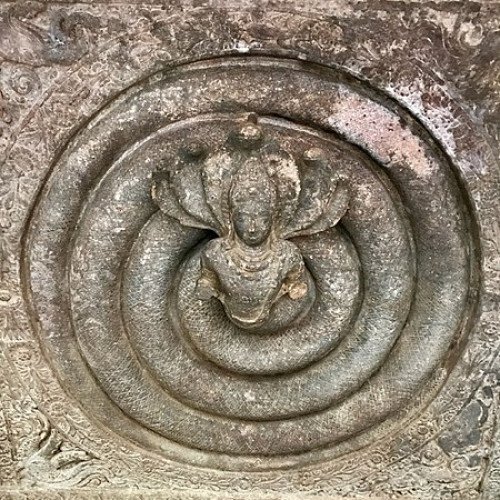 In Hinduism, Buddhism and Jainism, the Nāga (IAST: nāga; Devanāgarī: नाग) or Nagi (f. of nāga; IAST: nāgī; Devanāgarī: नागी) are divine, semi-divine deities, or a semi-divine race of half-human half-serpent beings that reside in the netherworld (Patala) and can occasionally take human form. Rituals devoted to these supernatural beings have been taking place throughout south Asia for at least two thousand years. They are principally depicted in three forms: wholly human with snakes on the heads and necks, common serpents, or as half-human half-snake beings. A female naga is a "Nagi", "Nagin", or "Nagini". Nagaraja is seen as the king of nāgas and nāginis. They are common and hold cultural significance in the mythological traditions of many South Asian and Southeast Asian cultures. They are the children of Rishi Kashyapa and Kadru.