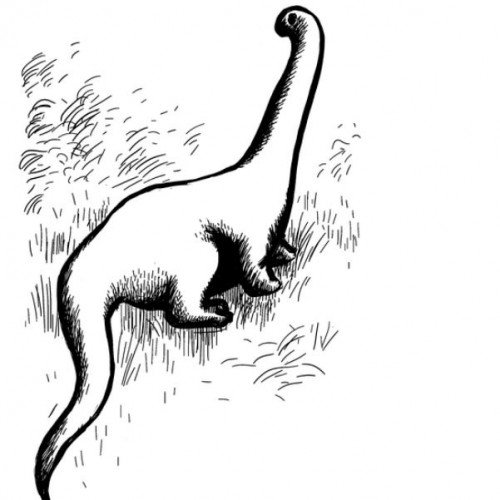 In cryptozoology, the Mokele-mbembe (Lingala: mókɛlɛ ᵐbɛ́ᵐbɛ, "rainbow") is a water-dwelling entity that lives in the Congo River Basin, sometimes described as a living creature, sometimes as a spirit. During the early 20th century, descriptions of the entity increasingly reflected public fascination with dinosaurs, including aspects of particular dinosaur species now known among scientists to be incorrect, and the entity became increasingly described alongside a number of purported living dinosaurs in Africa.Over time, the entity became a point of focus in particular among adherents of the pseudoscience of cryptozoology, and young Earth creationism, resulting in numerous expeditions led by cryptozoologists and funded by young Earth creationists and groups with the aim of finding evidence that invalidates scientific consensus regarding evolution. Paleontologist Donald Prothero remarks that "the quest for Mokele Mbembe ... is part of the effort by creationists to overthrow the theory of evolution and teaching of science by any means possible". Additionally, Prothero observes that "the only people looking for Mokele-mbembe are creationist ministers, not wildlife biologists."Historian Edward Guimont has argued that the Mokele-mbembe myth grows out of earlier pseudohistorical claims about Great Zimbabwe, and in turn influenced the later reptilian conspiracy theory. 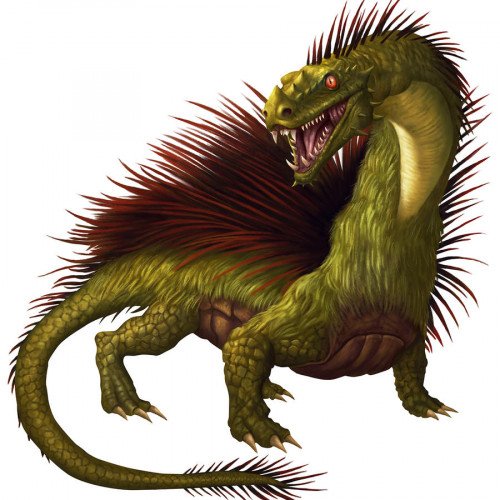 The Peluda in Spanish, or La Velue ('The Hairy One') originally in French, is a mythical beast that terrorized the environs of the River Huisne, France, during medieval times. It is called the "Shaggy Beast of La Ferté-Bernard" in English translation. The supposed serpent-headed creature had a body covered in long green fur with poison-tipped spines protruding. It caused flood (or shot out fire from its mouth) that destroyed crops, devoured livestock and humans, and struck humans and animals dead with its tail. It was defeated after it tried to prey upon a maiden named l'Agnelle; her fiancé slew it by delivering a sword-strike to the tail, its only weak spot.