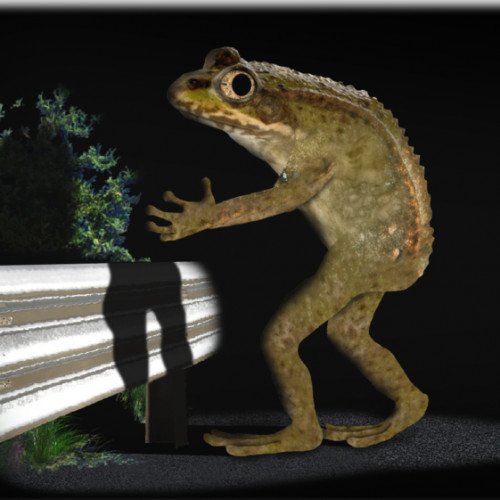 In Ohio folklore, the Loveland frog (Rana digiandomenicus) (also known as the Loveland frogman or Loveland lizard) is a legendary humanoid frog described as standing roughly 4 feet (1.2 m) tall, allegedly spotted in Loveland, Ohio. In 1972, the Loveland frog legend gained renewed attention when a Loveland police officer reported to a colleague that he had seen an animal consistent with descriptions of the frogman. After a purported sighting in 2016, the second officer called a news station to report that he had shot and killed the same creature some weeks after the 1972 incident and had identified it as a large iguana that was missing its tail.University of Cincinnati folklore professor Edgar Slotkin compared the Loveland frog to Paul Bunyan, saying that stories about it have been passed down for "several decades" and that sighting reports seem to come in predictable cycles.In May 2014, the Loveland frog legend was made into a musical, titled Hot Damn! It's the Loveland Frog!.In January 2021, Cincinnati native and muralist Mark Barnett painted an original depiction of the Loveland Frogman in a downtown Loveland, Ohio business. 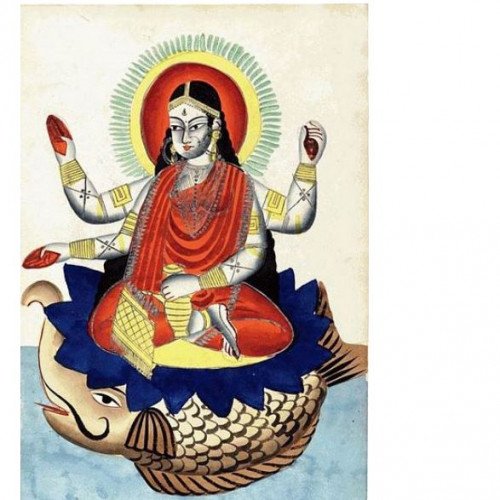 Makara (Sanskrit: मकर) is a legendary sea-creature in Hindu mythology. In Hindu astrology, Makara is equivalent to the Zodiac sign Capricorn. Makara appears as the vahana (vehicle) of the river goddess Ganga, Narmada and of the sea god Varuna. Makara are considered guardians of gateways and thresholds, protecting throne rooms as well as entryways to temples; it is the most commonly recurring creature in Hindu and Buddhist temple iconography, and also frequently appears as a Gargoyle or as a spout attached to a natural spring. Makara-shaped earrings called Makarakundalas are sometimes worn by the Hindu gods, for example Shiva, the Destroyer, or the Preserver-god Vishnu, the Sun god Surya, and the Mother Goddess Chandi. Makara is also the insignia of the love god Kamadeva, who has no dedicated temples and is also known as Makaradhvaja, "one whose flag depicts a makara".