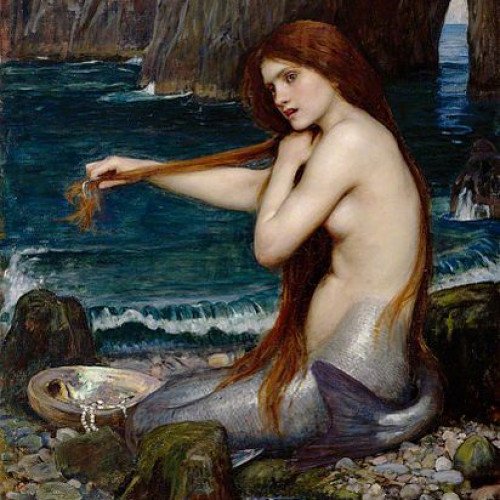 In folklore, a mermaid is an aquatic creature with the head and upper body of a female human and the tail of a fish. Mermaids appear in the folklore of many cultures worldwide, including the Near East, Europe, Asia, and Africa. In ancient Assyria, the goddess Atargatis transformed herself into a mermaid out of shame for accidentally killing her human lover. Mermaids are sometimes associated with perilous events such as floods, storms, shipwrecks, and drownings. In other folk traditions (or sometimes within the same tradition), they can be benevolent or beneficent, bestowing boons or falling in love with humans. The male equivalent of the mermaid is the merman, also a familiar figure in folklore and heraldry. Although traditions about and sightings of mermen are less common than those of mermaids, they are generally assumed to co-exist with their female counterparts. The male and the female collectively are sometimes referred to as merfolk or merpeople. The conception of mermaids in the West may have been influenced by the Sirens of Greek mythology, which were originally half-birdlike, but came to be pictured as half-fishlike in the Christian era. Historical accounts of mermaids, such as those reported by Christopher Columbus during his exploration of the Caribbean, may have been sightings of manatees or similar aquatic mammals. While there is no evidence that mermaids exist outside folklore, reports of mermaid sightings continue to the present day. Mermaids have been a popular subject of art and literature in recent centuries, such as in Hans Christian Andersen's literary fairy tale "The Little Mermaid" (1836). They have subsequently been depicted in operas, paintings, books, comics, animation, and live action films. 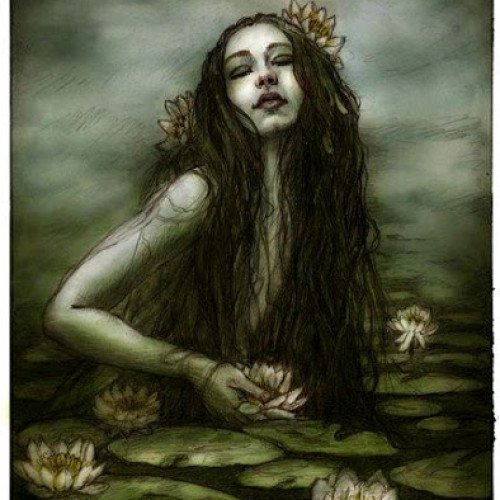 A water spirit is a kind of supernatural being found in the folklore of many cultures: