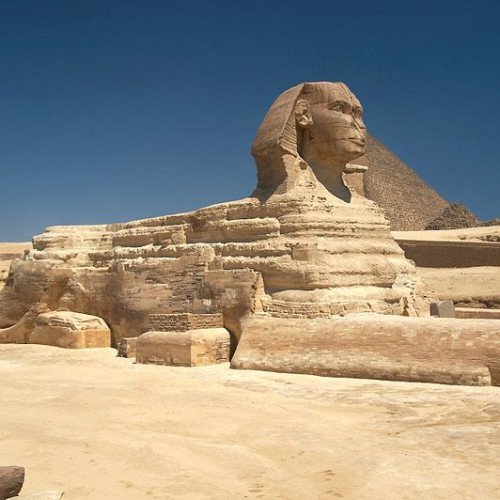 A sphinx ( SFINGKS, Ancient Greek: σφίγξ [spʰíŋks], Boeotian: φίξ [pʰíːks], plural sphinxes or sphinges) is a mythical creature with the head of a human, a falcon, a cat, or a sheep and the body of a lion with the wings of an eagle. In Greek tradition, the sphinx has the head of a woman, the haunches of a lion, and the wings of a bird. She is mythicized as treacherous and merciless, and will kill and eat those who cannot answer her riddle. This deadly version of a sphinx appears in the myth and drama of Oedipus.Unlike the Greek sphinx, which was a woman, the Egyptian sphinx is typically shown as a man (an androsphinx (Ancient Greek: ανδρόσφιγξ)). In addition, the Egyptian sphinx was viewed as benevolent but having a ferocious strength similar to the malevolent Greek version. Both were thought of as guardians and often flank the entrances to temples.In European decorative art, the sphinx enjoyed a major revival during the Renaissance. Later, the sphinx image, initially very similar to the original Ancient Egyptian concept, was exported into many other cultures, albeit they're often interpreted quite differently due to translations of descriptions of the originals and through the evolution of the concept in relation to other cultural traditions. Sphinx depictions are generally associated with architectural structures such as royal tombs or religious temples. 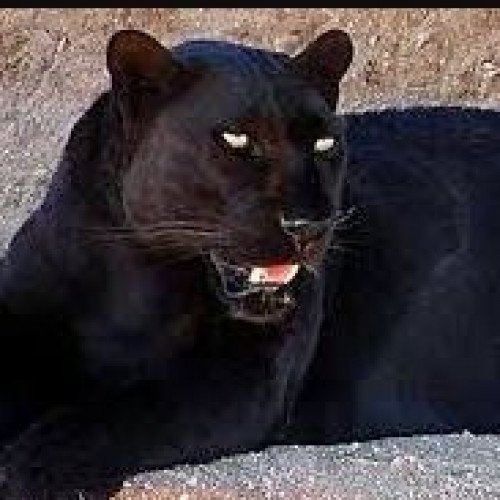 In British folklore, the Surrey Puma is a phantom cat reported in south western Surrey and an adjoining part of Hampshire from the early 1959 to the present year.