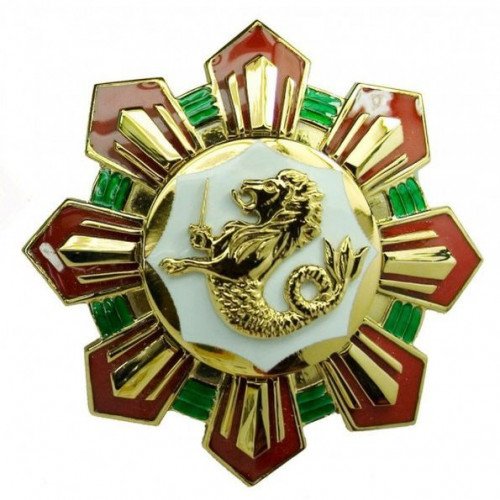 In heraldry, the term sea-lion (sometimes called a morse) refers to a legendary creature that has the head and upper body of a lion, but with webbed forelimbs and a fish tail. These occur most frequently as supporters, but also occur as crests and occasionally as charges. Sea-lions are frequently found in "sejant" or "sejant-erect" (sitting upright) attitudes, but may also be found "naiant" (horizontally, as if swimming) or "assurgeant" (issuing from the waves of the sea). 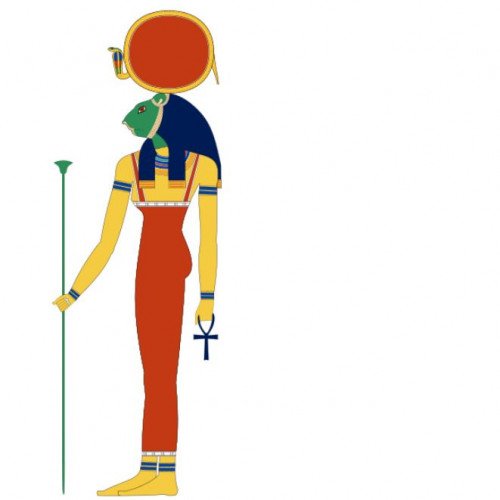 In Egyptian mythology, Sekhmet ( or Sachmis (), also spelled Sakhmet, Sekhet, Sakhet, or Scheme, among other spellings), is a warrior goddess as well as goddess of healing. She is depicted as a lioness. She was seen as the protector of the pharaohs and led them in warfare. Upon death, Sekhmet continued to protect them, bearing them to the afterlife. Sekhmet is a solar deity, sometimes called the daughter of Ra and often associated with the goddesses Hathor and Bastet. She bears the Uraeus, which associates her with Wadjet and royalty, and the solar disk.