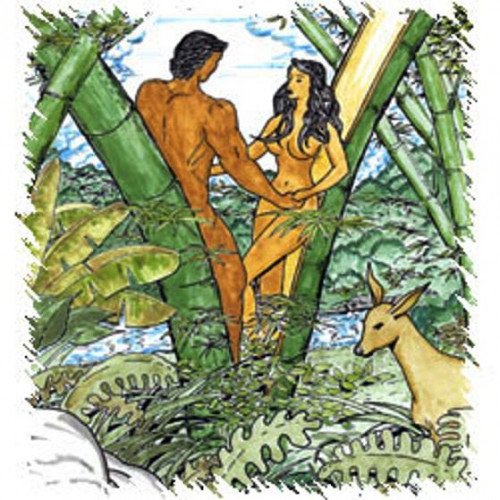 The Sigbin or Sigben is a creature in Philippine mythology said to come out at night to suck the blood of victims from their shadows. It is said to walk backwards with its head lowered between its hind legs, and to have the ability to become invisible to other creatures, especially humans. It resembles a hornless goat, but has very large ears which it can clap like a pair of hands and a long, flexible tail that can be used as a whip. The Sigbin is said to emit a nauseating odor. It is believed to issue forth from its lair during Holy Week, looking for children that it will kill for their hearts, which it fashions into amulets.According to the legend, there are families known as Sigbinan ("those who own Sigbin") whose members possess the power to command these creatures, and are said to keep the Sigbin in jars made of clay. The Aswang are said to keep them as pets, along with another mythical creature, a bird known as the Wak Wak.There is speculation that the legend may be based on sightings of an actual animal species that is rarely seen; based on the description of the Sigbin in popular literature, the animal species might be related to the kangaroo.The myth is popularly known in Visayas Islands and Mindanao especially in rural areas. It is also said that it looks like a dog and owned by rich people who hid those creatures in a jar. 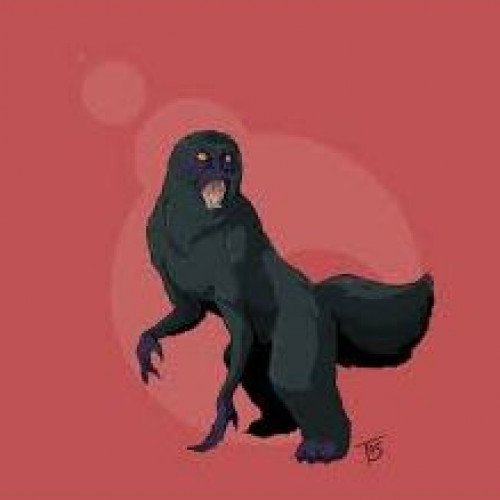 In the folklore of Cambridgeshire, the Shug Monkey is a creature that shares features of a dog and monkey, which reportedly haunted Slough Hill Lane (a street that leads from the village of West Wratting to nearby Balsham). The creature, said to have the body of a jet-black shaggy sheepdog and the face of a monkey with staring eyes, was believed to be a supernatural ghost or demon. Local writer and broadcaster James Wentworth Day, who first related stories of the Shug Monkey in Here Are Ghosts and Witches (1954), described it as a curious variation of Black Shuck, while local folklorist Polly Howat suggests that both share common origins in Norse mythology.Local Police Constable A. Taylor, who heard the stories of the creature in his youth, described it to Wentworth Day as: "a cross between a big rough-coated dog and a monkey with big shining eyes. Sometimes it would shuffle along on its hind legs and at other times it would whiz past on all fours." He also stated that after dark local children at that time avoided its haunt on Slough Hill, which was then an overgrown and little-used lane.According to folklorist Polly Howat, sightings of the Shug Monkey have not been reported since before World War II.