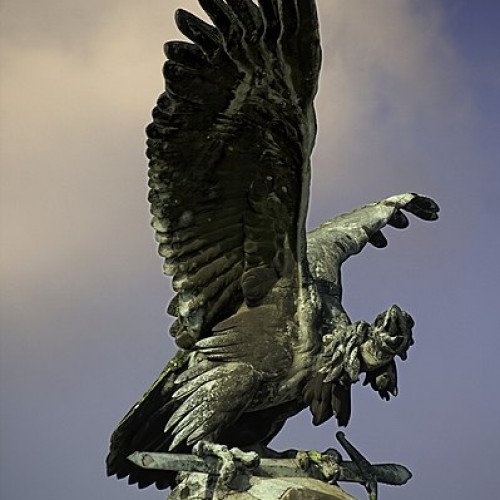 The Turul is a mythological bird of prey, mostly depicted as a hawk or falcon, in Hungarian tradition and a national symbol of Hungarians. 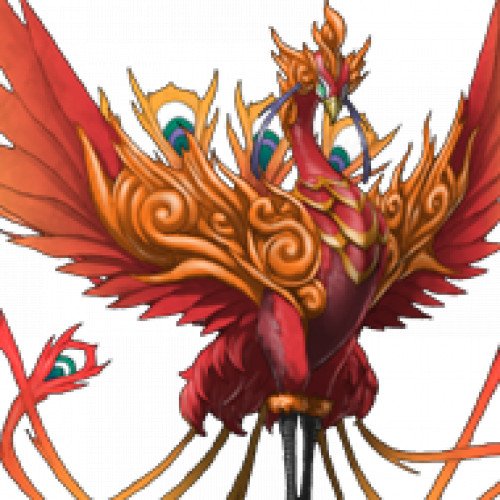 The Vermilion Bird (Chinese: 朱雀 Zhūquè) is one of the Four Symbols of the Chinese constellations. According to Wu Xing, the Taoist five-elemental system, it represents the fire-element, the direction south, and the season summer correspondingly. Thus it is sometimes called the Vermilion Bird of the South (Chinese: 南方朱雀, Nán Fāng Zhū Què). It is known as Zhuque in Chinese, Suzaku in Japanese, Jujak in Korean and Chu Tước in Vietnamese. It is described as a red bird that resembles a pheasant with a five-colored plumage and is perpetually covered in flames. It is often mistaken for the Fenghuang due to similarities in appearance, but the two are different creatures. The Fenghuang is a legendary ruler of birds who is associated with the Chinese Empress in the same way the dragon is associated with the Emperor, while the Vermilion Bird is a mythological spirit creature of the Chinese constellations.