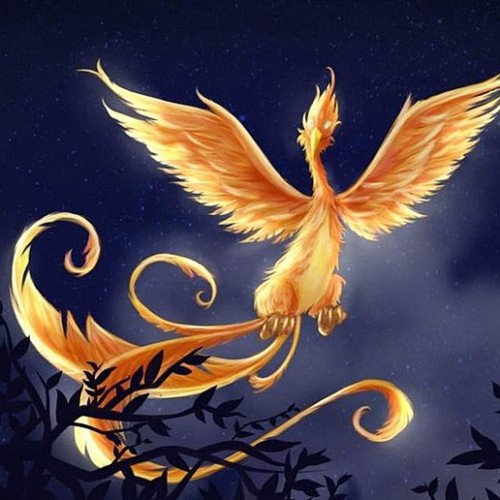 The Alicanto is a mythological nocturnal bird of the desert of Atacama, pertaining to Chilean mythology. Legend says that the alicanto's wings shine at night with beautiful, metallic colors, and their eyes emit strange lights. The color of the wings may indicate the type of ore it eats, golden if from a gold mine and silvery if from a silver mine. Some descriptions also portray the color of the wings as copper-green.The bird runs on the ground and can't fly because of the weight of the ore it eats, this means that it runs faster if it hasn't eaten recently. According to legend, a miner that follows an alicanto without being noticed by the bird can find rich mineral outcrops or treasures such as an entierro. But if the Alicanto discovers that it's being followed it will turn off the shining of its wings, and scuttle away in the darkness of the night. Also, if the miner is not of "good heart" the alicanto will guide the miner off a cliff. Accordingly, the miner will not be able to see the cliff in time because of the "intensity of the darkness". It is said that it was an alicanto that guided Juan Godoy to the rich silver outcrops of Chañarcillo on May 16, 1832, sparking the Chilean silver rush.The account of the Alicanto of folklorist Julio Vicuña Cifuentes is mentioned in the Book of Imaginary Beings in the chapter "Fauna of Chile". 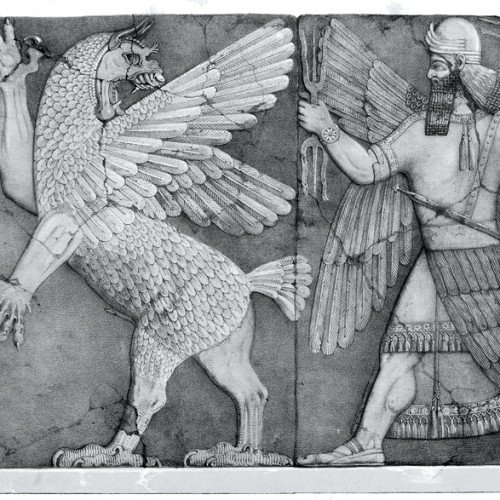 Anzû, also known as dZû and Imdugud (Sumerian: 𒀭𒅎𒂂 AN.IM.DUGUDMUŠEN), is a lesser divinity or monster in several Mesopotamian religions. He was conceived by the pure waters of the Apsu and the wide Earth, or as son of Siris. Anzû was depicted as a massive bird who can breathe fire and water, although Anzû is alternately depicted as a lion-headed eagle. Stephanie Dalley, in Myths from Mesopotamia, writes that "the Epic of Anzu is principally known in two versions: an Old Babylonian version of the early second millennium [BC], giving the hero as Ningirsu; and 'The Standard Babylonian' version, dating to the first millennium BC, which appears to be the most quoted version, with the hero as Ninurta". However, the Anzu character does not appear as often in some other writings, as noted below.