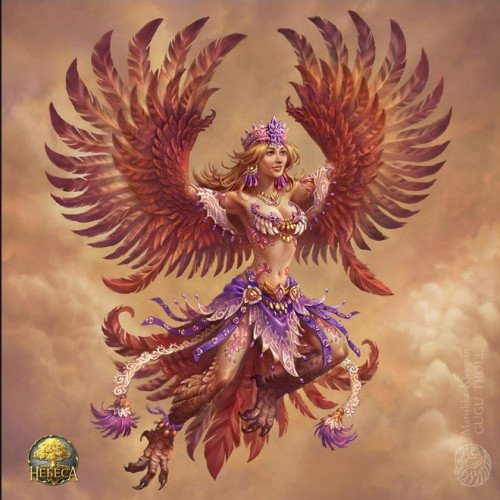 The Alkonost is, according to Russian mythos and folklore, a woman-headed bird. It makes amazingly beautiful sounds, and those who hear these sounds forget everything they know and want nothing more ever again. She lives in the underworld with her counterpart, the Sirin. The Alkonost lays her eggs on a beach and then rolls them into the sea. When the Alkonost's eggs hatch, a thunderstorm sets in and the sea becomes so rough that it becomes impossible to traverse. She is also the sister of other birds from Slavic mythology, such as Rarog and Stratim.According to folk tales, at the morning of the Apple Feast of the Saviour day, Sirin flies into the apple orchard and cries sadly. In the afternoon, the Alkonost flies to this place, beginning to rejoice and laugh. Alkonost brushes dew from her wings, granting healing powers to all fruits on the tree she is sitting on.The name of the Alkonost came from a Greek demigoddess whose name was Alcyone. In Greek mythology, Alcyone was transformed by the gods into a kingfisher.Alkonost is more likely an individual character, as was noted in some legends about this bird. 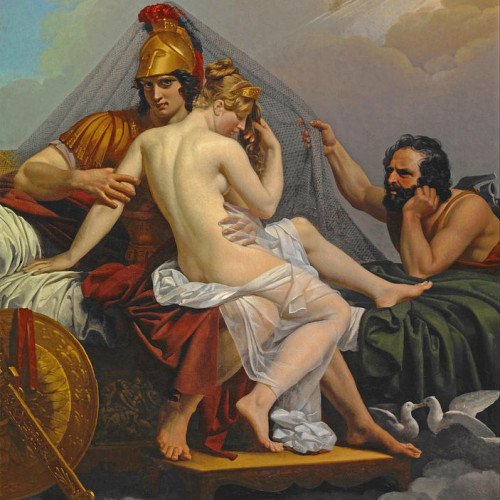 For the coterminous genus of plants, see Alectryon (plant)Alectryon (Ancient Greek: ἀλεκτρυών) is the Ancient Greek word for "rooster".