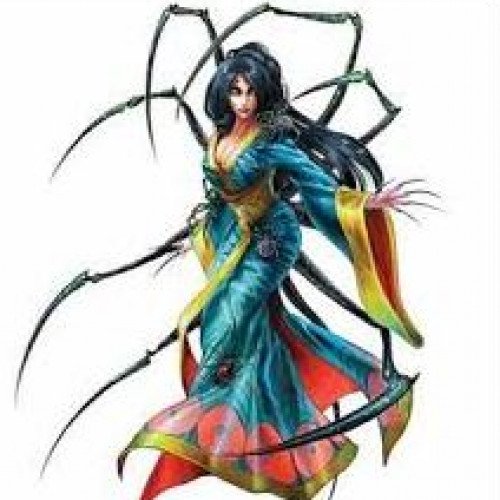 Jorōgumo (Japanese Kanji: 絡新婦, Hiragana: じょろうぐも) is a type of Yōkai, a creature, ghost or goblin of Japanese folklore. It can shapeshift into a beautiful woman, so the kanji for its actual meaning is 女郎蜘蛛 or "woman-spider", and to write it instead as 絡新婦 ("entangling newlywed woman") is a jukujikun pronunciation of the kanji. In Toriyama Sekien's Gazu Hyakki Yagyō, it is depicted as a spider woman manipulating small fire-breathing spiders. Jorōgumo can also refer to some species of spiders, such as the Nephila and Argiope spiders. Japanese-speaking entomologists use the katakana form of Jorōgumo (ジョロウグモ) to refer exclusively to the spider species Trichonephila clavata. 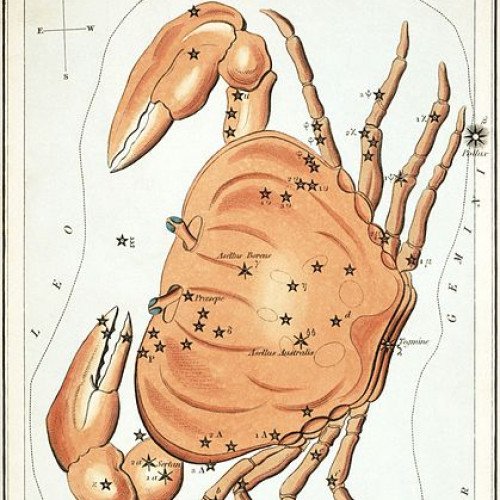 Cancer is one of the twelve constellations of the zodiac and is located in the Northern celestial hemisphere. Its name is Latin for crab and it is commonly represented as one. Its astrological symbol is♋. Cancer is a medium-size constellation with an area of 506 square degrees and its stars are rather faint, its brightest star Beta Cancri having an apparent magnitude of 3.5. It contains two stars with known planets, including 55 Cancri, which has five: one super-earth and four gas giants, one of which is in the habitable zone and as such has expected temperatures similar to Earth. At the (angular) heart of this sector of our celestial sphere is Praesepe (Messier 44), one of the closest open clusters to Earth and a popular target for amateur astronomers.