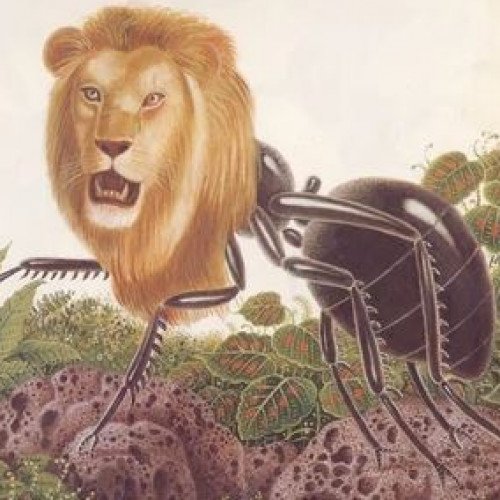 The Myrmecoleon or Ant-lion is a fantastical animal from classical times, possibly derived from an error in the Septuagint version of the book of Job, reappearing in the Greek Christian Physiologus of the 3rd or 4th century A.D.It is found in Medieval bestiaries such as the Hortus Sanitatis of Jacob Meydenbach. It is also referenced in some sources as a Formicaleon (Antlion), Formicaleun or Mirmicioleon.Note that the Aberdeen Bestiary describes "There is a stone in the sea which is called in Latin mermecoleon and in Greek concasabea, because it is both hollow and round. It is, moreover, divided into two parts, so that if it wants to, it can close up. The stone lies at the bottom of the sea and comes to life early in the morning. When it rises from its resting-place to the surface of the sea, it opens its mouth and takes in some heavenly dew, and the rays of the sun shine around it; thus there grows within the stone a most precious, shining pearl indeed, conceived from the heavenly dew and given lustre by the rays of the sun." 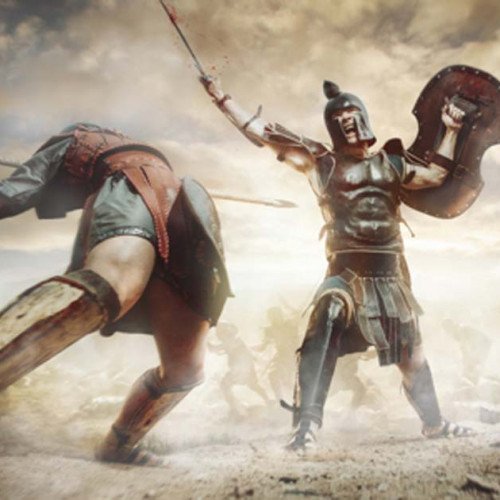 The Myrmidons (or Myrmidones Μυρμιδόνες) were an ancient nation of Greek mythology. In Homer's Iliad, the Myrmidons are the soldiers commanded by Achilles. Their eponymous ancestor was Myrmidon, a king of Phthiotis who was a son of Zeus and "wide-ruling" Eurymedousa, a princess of Phthiotis. She was seduced by him in the form of an ant. An etiological myth of their origins, simply expanding upon their supposed etymology—the name in Classical Greek was interpreted as "ant-people", from murmekes, "ants"—was first mentioned by Ovid, in Metamorphoses: in Ovid's telling, the Myrmidons were simple worker ants on the island of Aegina.